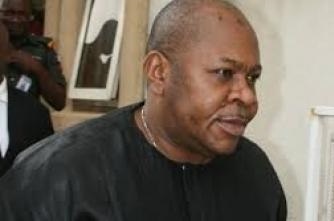 The trial of a suspected fraudster, accused of $1.69 million fraud, Fred Ajudua, was on Tuesday stalled due to the absence of the EFCC counsel, Mr Wemimo Ogunde (SAN). 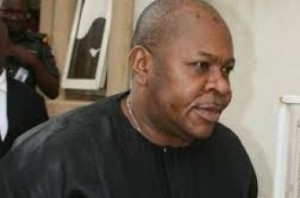 Ajudua was scheduled for a  re-arraignment on Monday as the case has been re-assigned to a new judge, Justice Kudirat Jose of a Lagos High court, Ikeja.

Ajudua and an associate, Charles Orie, were charged to court in 2003 for allegedly defrauding two Dutch businessmen – Messrs Remy Cina and Pierre Vijgen, of the said sum between July 1999 and September 2000.

During Tuesday’s proceedings, a sick- looking Ajudua and his counsel, Mr Richard Ahonaruogho, were present in court for the re-arraignment.

The transfer of Ajidua’s case to Jose was as a result of the withdrawal of the former trial judge, Justice Joseph Oyewole, from the case.

Oyewole’s withdrawal was said to be in connection with a petition written to the Economic and  Financial Crimes Commission (EFCC) by a former Chief of Army Staff, Lt.-Gen. Ishaya Bamaiyi (retd.), alleging that Ajudua used the names of the judge and others to defraud him of about $8.39 million.

Ajudua and Orie were dragged before Oyewole in 2003, after which the case was truncated in 2005 as Ajudua absconded from trial.

He however appeared voluntarily before the court on June 11, 2013, after almost an eight-year absence and Oyewole ordered him to be remanded in Kirikiri Maximum Prison.

Ajudua was later granted a N50 million bail by a vacation judge, Justice Ganiyu Safari, on grounds of his ill-health.  The matter is adjourned till Feb.5 for the re-arraignment.