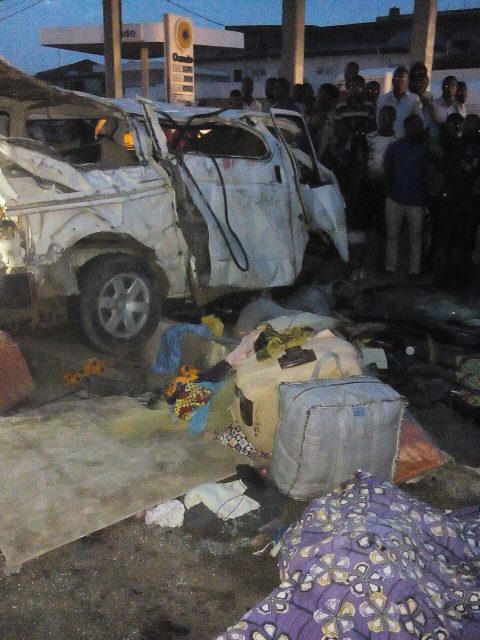 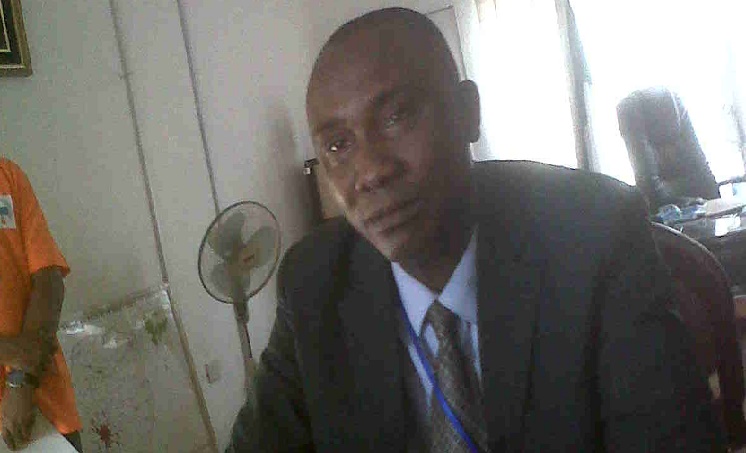 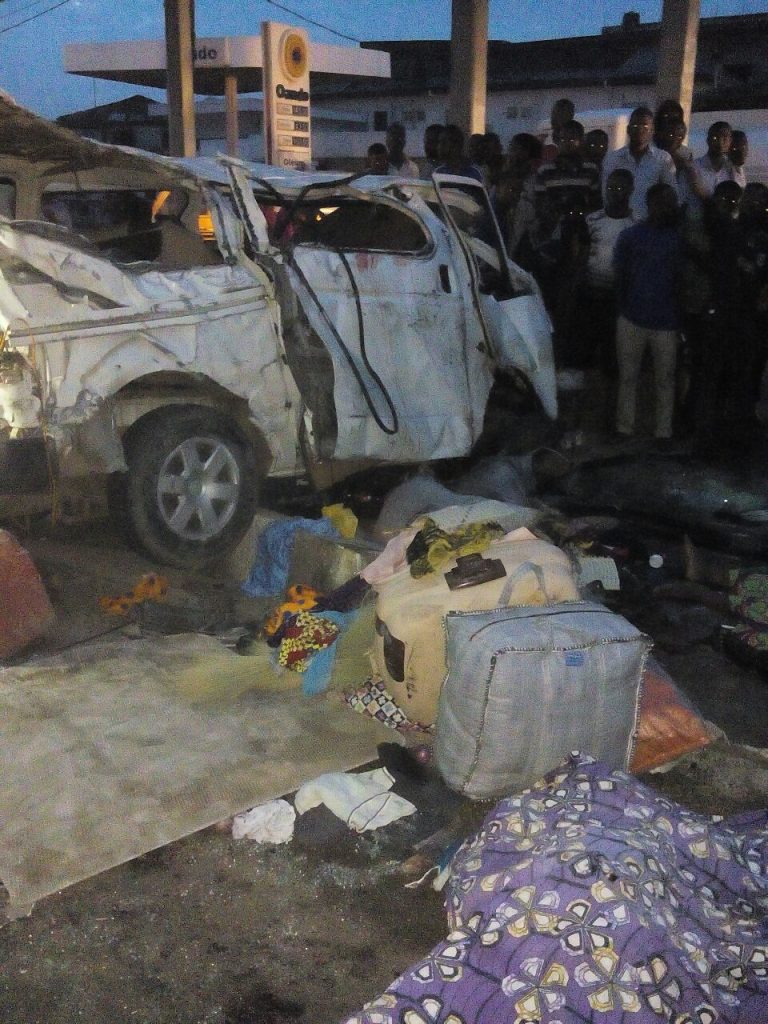 Tragedy struck at Fadeyi area of Lagos on Friday as nine people, including four children died in a ghastly motor accident.

It was gathered that the accident occurred around 5:45am as a Toyota Hiace Commercial bus with registration number: Katsina KT 715YG lost control of the vehicle, hits covet and ran across the road into a coming articulated truck with reg.No. Lagos GGE 715 YG from the opposite direction.

He said the agency’s Emergency Rescue Team, ERT, received an emergency alert of an accident involving two vehicles at fadeyi Bus stop around 5.45 am this morning 3/6/2016.

“Investigation carried out by the ERT at the scene of the incident revealed that, due to over speeding and careless driving of the Toyata Hiace commercial bus with reg.No. Katsina KT 715YG whose driver who was coming from Northern part of the country, the vehicle was said to have collided while on high speed, lost control of the vehicle hits covet and ran across the road into a coming articulated truck with reg.No. Lagos GGE 715 YG from the opposite direction.

“A total number of 9 people lost their lives in the incident. These include five adults (4 males and 1 female) and four children (2male, 2 female). Also 10 others sustained injuries and were taken to the emergency Trauma centre at toll gate,” he disclosed.

He advised drivers to be cautious and avoid over speeding as well as comply with road traffic code to prevent unnecessary accident leading to loss of lives.