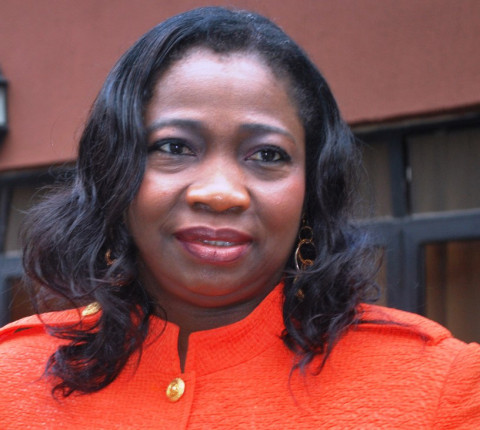 The House of Representatives Committee on Diaspora Affairs, Hon. Abike Dabiri-Erewa discloses that over 9,000 Nigerians are currently in foreign prisons in different parts of the world and decries the unwillingness of the office of the Attorney General of the Federation (AGF) to tackle the issues.

Dabiri-Erewa, who spoke in Ikorodu, Lagos, Nigeria said she and her colleagues were opportune to visit several foreign prisons where Nigerians have been imprisoned for various offences.

According to her, about 4,000 Nigerians were currently imprisoned in Iran alone, according to the Report of the National Drug Law Enforcement Agency (NDLEA), saying “we are dealing with almost 9,000 prisoners globally. Somebody was asking how many prisoners are in Nigeria. There are about 9,000 Nigerians in prisons across the world.

“We need to have a database of Nigerians in foreign prisons. Then, we have look into various offences brought against and see who are supposed to be in prison. If it is one person that does not need to be in prisons, he does not have to be in the prisons. If those who commit crimes, they have to suffer for it.”

“This is South Africa that we helped get freedom. Zimbabwe has more. But look at Zimbabwe’s proximity to South Africa. Before now, the offence was basically about drugs. Now, it is about drugs, murder and armed robbery that Nigerians have been charged with. We have mingled with some of them. Some do not have to be there. Some, according to their stories, are guilty by associations.”

“There are a lot of Nigerians in prisons in other countries of the world like India, Brazil and China. There are more than 1,000 in China. In all, of course, they are uncountable because we are talking of thousands. We need to sit down as a country.”

She added that several youths were leaving the country in large number, with some of them dying before they got to their destinations.

“Some go through the desert. Some even died before they got to destination. There a lot of them that have died on the way because they are looking means of survival. Usually, it is a terrible situation. So, we must fix the roots of the problems,” she stated.

Dabiri-Erewa said the AGF had not been forthcoming in assisting to secure the release of Nigerian prisoners in foreign land, saying that “even when we are in Brazil, they had sent a treaty to Nigeria almost six years ago. But Nigeria has not done anything on the treaty. The treaty is like prisoner exchange thing. It is like what happened between Nigeria and the United Kingdom. It is a bilateral arrangement. It has to be country by country.

“With South Africa, one is being worked out. With Brazil, one is already there. But Nigeria has not said anything. We have written to the House of Representatives Committee on Treaty and Agreement to speed up and see what it can do with the office of Attorney-General.”