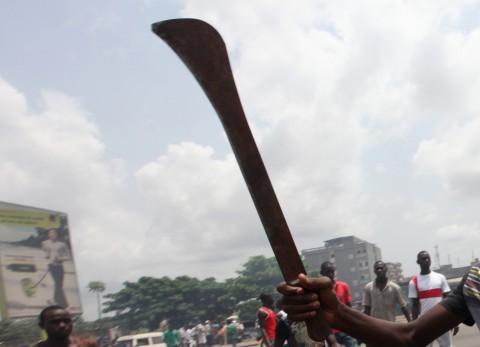 The Afenifere Renewal Group (ARG) has called for a violent free election, asking Yoruba people to remember the peace treaty signed on September 23, 1986 in which it was agreed that Yoruba nation will never war against one another.

The group, in a statement signed by its Chairman, Olawale Oshun, said Yoruba people, before the advent of colonisation, had a history of democratic lineage and affirmed that democracy – as defined by one man, one vote and the majority having their way and minority, their say – has never been strange to Yoruba people.

“We believe therefore that eligible Yoruba people should go out en-masse to peacefully exercise their civic rights on March 28 and April 11, 2015 to choose their preferred political leaders and work against the violent intent of any minority that may seek to subvert the electoral process,” the statement said.

“We advise all Yoruba voters to use their votes wisely, in accordance with collective peace and progress of the region because traditionally, political leadership has always been germane to the wellbeing of Yoruba people.”

“This election has been described as a watershed in many quarters, and could be another defining moment in the history of Nigeria. Therefore, as a minimum irreducible expectation, we demand that the Independent National Electoral Commission (INEC) lives up to its promise of conducting perhaps the best elections in the history of Nigeria and ensure the outcome of the elections reflect popular will.”

“ARG therefore urges law enforcement and electoral officials to stick to their constitutional duties and resist any temptations for partisanship because any premeditated or contrived action that threatens to derail the ongoing transition process and force a constitutional impasse is an action that will push Yoruba nation to the wall.”

ARG wishes Nigeria a successful and peaceful election process and thanks all Nigerians, including electoral and security officers, for playing their roles patriotically.