After Recovering from Covid-19, Boris Johnson Could Return To Work Monday 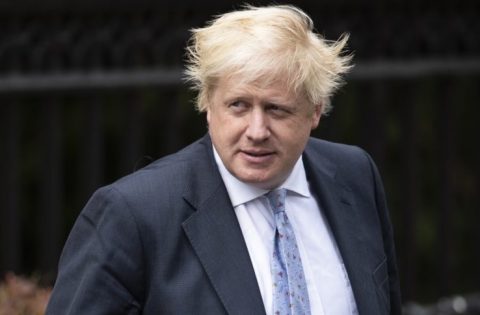 (AFRICAN EXAMINER) – British Prime Minister Boris Johnson could return to governing the country as early as Monday after recovering from the novel coronavirus, according to a media report.

The Daily Telegraph newspaper reported on Friday morning tjat Johnson would be returning to office in London at a critical stage of the pandemic, as his party members wish to gradually ease lockdown restrictions.

His office had not confirmed the report.

Johnson was recuperating at Chequers country estate outside London, where he had been conducting some work duties including taking phone calls from the Queen and U.S. President Donald Trump, the Press Association news agency reported.

Johnson had been admitted to intensive care in London as his breathing became more restricted by COVID-19, the disease caused by the virus. He was released from hospital on April 12.

Foreign Minister Dominic Raab is currently heading the government, which has come under criticism for its handling of the pandemic.

At least 18,500 people in Britain have died from COVID-19, according to Johns Hopkins university data.