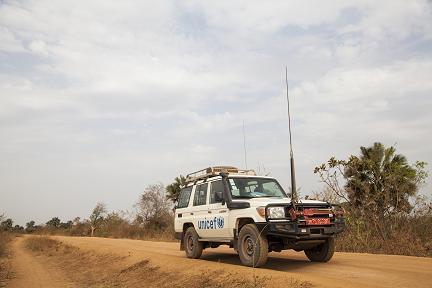 (AFRICAN EXAMINER) – Aid organisations on Friday called for concerted swift measures to meet the humanitarian needs of nearly one million people who are displaced due to inter-communal violence in Ethiopia.

The UN migration agency has recently revealed that since April,  some 970,000 people have fled their homes due to fighting between communities along the border of Ethiopia’s Gedeo Zone in the Southern region and West Guji Zone in Ethiopia’s largest Oromia region.

The latest call was made on Friday by Doctors without Borders (MSF), which launched an emergency response to address the most urgent needs of displaced people along the boarders of the two regions.

“Given the scale of the emergency, and with so many people displaced from their homes in such a short space of time, getting shelter, essential relief items, water, hygiene and health services in place is a priority,” said Alessandra Saibene, MSF’s emergency response coordinator in Ethiopia.

“Most people left their homes in a hurry and arrived with nothing. Families are sleeping on the floor in vacant buildings, like schools or churches, and sometimes even on the bare ground outside with only banana leaves or a plastic sheet for cover,” Saibene said.

The International Committee of the Red Cross (ICRC) has also on Wednesday called for swift measures to meet the humanitarian needs of nearly one million people who are displaced due to inter-communal violence in Ethiopia.

According to the ICRC, while aid has increased in recent weeks, “it is still insufficient to meet the needs of the displaced.

“With schools being used as shelters and so many children still displaced, it could also be difficult for students to return to school when the new academic year starts in September.”

“Schools, factories, and courthouses are just a few of the buildings that now act as shelters for displaced families in southern Ethiopia after a wave of inter-communal clashes along the border areas of Gedeo and West Guji zones drove nearly one million people from their homes,” the ICRC said.

MSF has also on Friday stressed that the rapid influx of displaced people has further stretched the available resources and public services.

“In spite of a government-led intervention providing healthcare, food and essential relief items, there are still serious gaps in the provision of shelter, water, sanitation and hygiene services, with living conditions being of particular concern,” MSF said.

“When so many people live together in crowded and cramped conditions, with limited access to clean water and insufficient latrines, the risk of outbreaks of communicable diseases is very high. We need to act quickly to improve the conditions in the sites where displaced people are staying; otherwise the situation will only get worse,” MSF added.

According to the UN migration agency’s latest report, 359,113 people are sheltering in collective sites while the remainder are living with local communities, in rented accommodation or with relatives, though they also visit the collective sites to get humanitarian assistance.

The latest of the historically recurring clashes between communities in the Gedeo and West Guji zones, along the borders of the Southern region and the Oromia region, began in March 2018.

As the fighting intensified in June, hundreds of thousands of people fled their homes with little more than the clothes they were wearing, according to the IOM.

In Gedeo zone, where the majority of the displaced people are living, there are at least 276,939 people in 134 collective sites, which range from schools to government buildings and disused or unfinished buildings.

“In seven of the sites, more than half of the residents are living outside or in open spaces. As Ethiopia is experiencing its cold and rainy season, providing adequate shelter to these displaced communities is a priority for IOM,” IOM’s latest report read.

Displaced people began arriving in both zones in March and were still arriving in July. (Xinhua/NAN)