Jumoke-Akinjide May Lose Ministerial Position As Husband Defects To APC 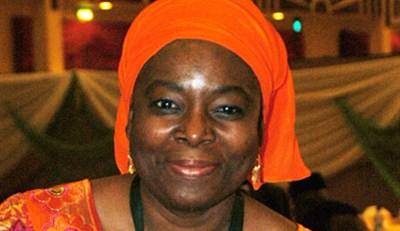 There are strong indications that Oloye Olajumoke Akinjide, Minister of State for Federal Capital Territory (FCT) may lose her position due to the defection of her husband, Hon. Aliyu Ahman Pategi to the Kwara State All Progressive Congress (APC). 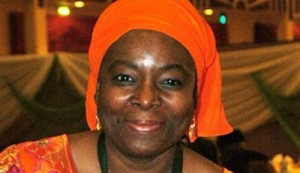 Pategi was one of the 37 Members of the House of Representatives who dumped the ruling party on Wednesday due to the alleged “factionalisation and high-handedness” of the Bamanga Tukur led PDP.

Pategi who chairs the House of Representatives Committee on Water Resources, according to his political associates has painstakingly spare-headed the movement of majority of his supporters to APC including his family and associates.

Akinjide who lives with her husband in Maitama, Abuja also failed in her bid to curry the favour of the political bigwigs in Ibadan and Oyo State, in her bid to be recognised as the PDP leader in the State.

Our Correspondent gathered that the ruling PDP which is playing opposition role in Oyo state has been polarised into four camps; Alao Akala group, Senator Folarin group, Mulikat Akande-Adeola’s group and minority group led by Akinjide and her political associate, who is a serving Ambassador.

With the unfolding event, Akinjide, who is eyeing the gubernatorial seat in Oyo state, may be pressurized to join her husband in APC, with the hope of achieving her political ambition.

Meanwhile, former PDP lawmakers who defected to APC on Wednesday have lauded Justice A Mohammed’s ruling on the Suit No: FHC/ABJ/CS/621/2013 dated 28th November 2013 asking the Alhaji Bamanga Tukur led PDP to halt plans to declare the seats of the former PDP lawmakers vacant.

The ruling partly reads “The 2nd and 3rd Defendants should be asked to maintain status quo on any proposed deliberation to declare the seats of the affected and interested Plaintiffs vacant, at least, pending the hearing and determination of the Plaintiffs’ motion for interlocutory injunction.

“It is directed that the parties, and in particular the 2nd and 3rd Defendants shall maintain status quo on any proposed deliberation to declare the seats of the affected/interested Plaintiffs in this suit vacant pending the hearing and determination of the Plaintiffs’ motion for interlocutory injunction already served on them.”