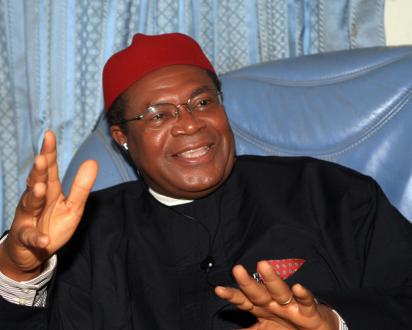 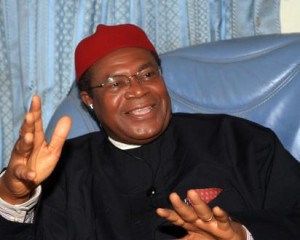 National President of the association and former governor of Enugu State, Dr. Okwesilieze Nwodo, who disclosed this to journalists Wednesday, in Enugu, said the proposed project would be completed in the next five years.

He added that apart from addressing the medical challenges of Nigerians, the college when completed, would also go a long way in tackling the issue of brain drain in the medical profession, because it would be equipped with modern state of the art facilities.

Nwodo, a former National secretary and chairman of the ruling peoples Democratic party, PDP also hinted that the college would commence Kidney transplant before the end of 2013, stating that by the time the expected modern facilities are put in place, the college would be handling not less than 1000 cases of Open Heart Surgery yearly.

His word: “As we speak, before the end of this year, we will start Kidney transplant.

The Enugu state born medical Doctor turned politician, however, expressed displeasure that the college, which presently make use of University of Nigeria Teaching Hospital , Ituku Ozalla near Enugu as it’s temporary site do not have the needed and vital facilities.

He listed some of such lacking facilities to include, laboratories, lecture theatres, student hostels as well as buses for students, regretting that the ugly development had been making it extremely difficult for students and lecturers to concentrate.

Said the Alumni president, “presently, students of the college who commute from the Enugu campus of the university of Nigeria to Ituku Ozalla daily use public transport or share with people travelling to the teaching hospital.

Dr. Nwodo, explained   that they decided to embarked on the project because of the fact the Alumni of the college were convinced that the paltry sum of money allocated to the college yearly would not actualize the project in the nearest future.

According to him, as part of measure aimed at realizing the project, the association resolved that every alumni of the college who graduated from 10 years ago would pay 100,000 hundred thousand naira yearly for the next five years.

He stated that apart from the 100,000 naira, the association has also initiated other strategies including reaching out to nine governors of the defunct Eastern region and donor agencies for assistance.

The former Governor, described the UNN College of Medicine as a brand name that has produced renowned professors of medicine and medical practitioners who are doing well in different parts of the world and expressed optimism that the college, when completed, would be a center of excellence.

He listed some of the college Alumni to include former Governor of Rivers state, Dr. Peter Odili, senator Chris Ngige, former minister of Health, professor ABC Orjiakor amongst others.