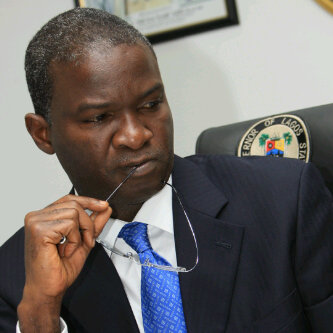 Ambiguity pervades the air as Governor Babatunde Fashola of Lagos State finally capitulates and reduced the exorbitant tuition being paid by Lagos State University, LASU, students between 34 and 60 percent across various faculties and courses.

With the reduction, the new fees is filled with confusion as the Governing Council of the school has been given the made to decide which percent reduction ranging from 34 to 60 percent to allocate to different faculties and courses. 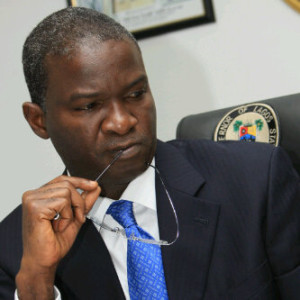 Speaking at a news conference in Lagos on Wednesday, the Special Adviser to the Governor on Education, Otunba Fatai Olukoga read the resolution of the State Executive Council, head by Fashola to newsmen.

According to Olukoga, the ad-hoc committee had recommended and government has accepted that the fees and charges payable by students for incidental services and materials were amendable to a downward review.

“Some of the fees components have been applied to students across all levels when in fact they can be justifiably limited to students at a particular level only. Some of the charges included can still be reduced on compassionate grounds.

“On the basis of these principles, government agrees that with the subsidized tuition fees and appropriate moderation of the incidental fees, a reduction ranging from 34 percent to 60 percent is possible across the different faculties and courses. Government has therefore approved the reduction and, in accordance with the law setting up the university, forwarded its approval to the Lagos State University governing council for consideration and implementation.

“Pursuant to its mandate, the university Governing Council will issue details of what is now payable by students in each department and deal with all other management matters of the university. All individuals and groups within the community are advised to relate to the university council accordingly,” he said.

The Special Adviser said after extensive deliberation on the report of the ad-hoc committee, the state executive council made the following observation and resolution regarding the fees and recent actions embarked upon by staff and students of the university:

Government remains fully committed to the development of the state university as a centre of academic excellence and will continue to deploy resources at its disposal towards the provision of a conducive learning environment with up-to-date facilities.

He said that by the virtue of the LASU law, the state government is the promoter and owner of the institution, whilst the organ created by the law are self-accounting and independent as far as the day to day management of the institution is concerned, saying that thesee internal structures must therefore be allowed and supported to play their statutory roles, subject only to the interventionist or mediatory role of the State Governor in his capacity as visitor of the university.

Olukoga said notwithstanding the approval of reduced fees for students in LASU, government would  retain and continue with its enhanced scholarship and bursary provisions as the research fund sponsored by the government would also be maintained to foster a culture of research and innovation in the university.

“Moreover, government will continue its increased spending on infrastructure and physical development of the campus, which has already begun to enhance the stature of the Lagos State University as a leading institution of higher learning in Nigeria.

“Government hopes that with the resolution of the fees issue, staff unions at the Lagos State University will immediately call off their strike and ensure the resumption of normal academic activities,” he said.

He berated the students for engaging in series of protests to force government to accede to their demands, saying that while government recognized the right of individuals and group to associate freely and protest, “these rights do not suspend the criminal laws. Neither can they justify actions that show disrespect for or trample upon the freedom and rights of other members of the society.

“Deriving from the foregoing, damage to property, blockage of highways or other acts of public nuisance are punishable offences under the criminal law of Lagos State and cannot be justified or excused under the guise of public protests, otherwise society itself will be at risk of perpetual disturbance by sundry interest groups. Indeed, one of the primary responsibilities of government is the maintenance of law and order and, in the public interest, Lagos State Government remains fully committed to this objective.

“Government, however, commends the students for taking up the invitation to participate in the resolution of matters affecting their lives when they met with the governor. Their response by way of detailed observations and suggestions has assisted government in taking a second look at the issues in contention. This is a commendation approach that must be encouraged in resolving disputes within the university community,” he added.