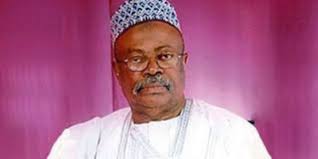 Tsav, 82, died on Monday morning at the Federal Medical Centre, Makurdi, Benue State, after a long battle with diabetes and high blood pressure.

A family source told journalists on Monday evening that the ex-police commissioner was admitted at the hospital about three weeks ago after a crisis and later went into a coma.

He said: “We thought he would eventually come out of coma after one week but he did not make it. That is the wish of Allah.”