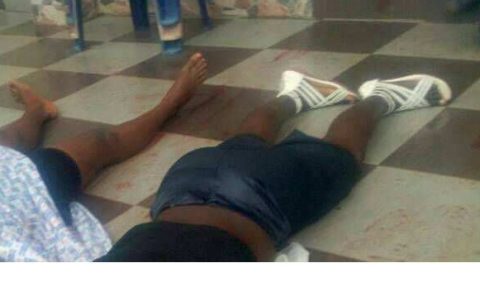 (AFRICAN  EXAMINER) – The Catholic Diocese of Nnewi, Anambra state, South- East Nigeria, has described the Sunday’s massacre of its members at St. Philip’s Catholic Church, Ozobulu, in Ekwusigo council area of the state as regrettable.

According to the statement, “It is regrettable that our people are more and more losing a sense of what is sacred, what on earth would make people open fire on innocent unarmed worshipers including children and women on a Sunday morning?

“We condemn this ungodly act in its totality; we pray Almighty God to console the families affected and assure them that our hearts are with them as we pray for the quick recovery of the wounded.

“For the entire parishioners, we call on them not to be discouraged in their usual practice of faith, it is when the forces of darkness attempt to overshadow goodness that the light of God shines even brighter than ever just as it happened on Easter Sunday.

“Evil may make attempts, but God and goodness will always triumph; we call on the good people to continue to pray for the deceased worshippers and their families ” the statement concluded

No fewer than 20 people were  killed and several others seriously injured  by an unknown gunman, who attacked the church during an early morning mass.

Meanwhile, contrary to the initial reports that the attack was carried out by some gunmen, the Anambra state Commissioner of police, Garba Baba Umar, disclosed investigation has revealed that it was perpetrated by only one gunman.