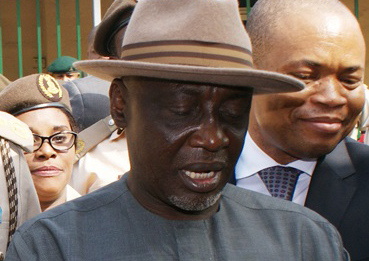 Beleaguered Minister of Interior, Comrade Aba Moro, has found the support of his kinsmen in his travail over the immigration recruitment saga, which had claimed19 lives. 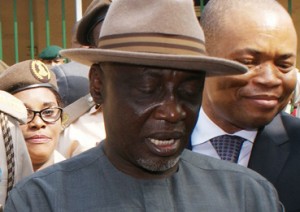 Some indigenes of Benue state under the aegis of Benue Elders Committee in a press statement made available to Newspot Nigeria in Abuja urged President Goodluck Jonathan not to be influenced by incendiary remarks in the media on the recruitment saga.

The elders said they were convinced that issues surrounding the stampede during the recruitment exercise was already being politicised amid immediate calls for sack of the Minister by groups and individuals who they said never bothered to give the minister a fair hearing.

The statement signed by Chief Bonaventure Terve, Chairman and Abraham Suswam, secretary said Moro deserves fair hearing to state his case before any judgment on the tragic incident.

The elders said the insistence of the Interior Minister on due process, openness and transparency in the recruitment exercise was the reason an open space was approved for the exercise, calling on appropriate authorities to appreciate his desire to help the unemployed in Nigeria.

They said the Minister in his concern for the unemployed had cancelled an earlier exercise for recruitment into the Immigration Services.

They said if he had an ulterior motive on the issue, he would have acquiesced in the Nigerian way of handling such exercises.

The elders said their intervention was not based on ethnic sentiment, but in consideration of progress of the Ministry of Interior under Moro.

They alluded to reforms so far credited to the Ministry including the need for employment of more hands into the immigrations services as part of reasons they are throwing support for the Minister.

“We are sad that the recruitment exercise turned out this way. We felt bad that the good things Abba Moro had planned for the youths turned out sour at the end of the day. It could have happened under any leader. It is just unfortunate that it has to be our brother who was involved.

“The young man was doing well with the national assignment entrusted to him most especially with the Prison Services and that is our source of concern. We are indeed not happy that some people we describe as his traducers were consistently whipping sentiments over this issue.

The elders said they had set the machinery in motion to mobilise leaders of thought in Benue State, including the state governor, Gabriel Suswam and others to meet with President Jonathan to appeal that he should not be brow-beaten by the campaign of calumny against the Minister over what happened.

They also appealed to the leadership of the National Assembly to accord the Minister a fair hearing whenever he may appear before either the Senate or the House of Representatives on the saga.