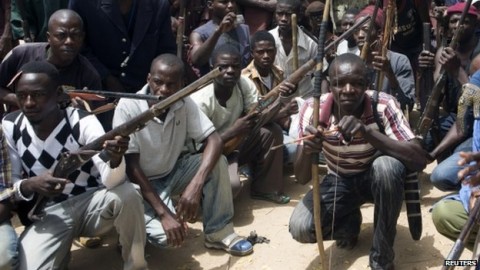 Determined to take their destinies in their own hands, the over traumatized people in Borno State villages prone to Boko Haram attacks have resolved to henceforth confront the insurgents, but with the use of charms and amulets for self-protection.

People in the villages often being raided by Boko Haram, according to reports, have now been consulting local charm makers, thus making the business of charm making to boom in different villages. 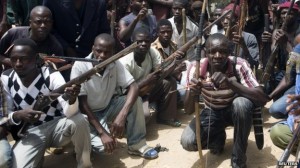 This was contained in a special report filed for the BBC on Nigeria by Will Rose on activities of the Boko Haram insurgents in Born and the helplessness of the government in assisting the traumatised people.

One of the villagers near Chibok told Rose,”If government can’t protect us, let them give us guns.”

He also revealed how people in the affected villages have been taking conscious steps towards self-protection by embracing the use of local charms in preparation for confrontation with Boko Haram insurgents.

“We are sick and tired of running away every night,” he said, adding people were increasingly relying on traditional medicine for protection – performing rituals in a desperate hope of becoming what is known as “bulletproof”.

“The army has to be everywhere; Boko Haram does not,”

“The Nigerian military is outgunned because Boko Haram can concentrate its firepower on one place where the army is not present.

“They need a lot higher density of troops per square mile in the north-east than they have.”