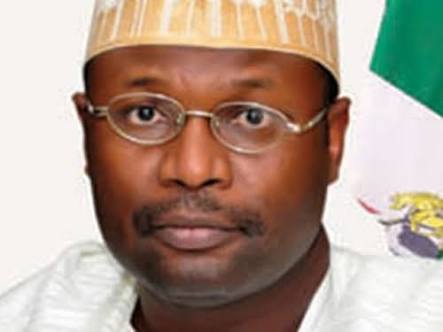 The Council of State Wednesday approved the appointment of Professor Mahmud Yakubu, as the new substantive Chairman of the Independent National Electoral Commission (INEC).

After the meeting which approved the new appointment, Sokoko State Governor Aminu Tambuwal, briefed the State House correspondents, explaining that President Muhammadu Buhari’s appointment of Professor Yakubu as the new INEC boss was in line with the relevant provisions of the 1999 Constitution and in consultation with the body.

He added that the INEC Acting Chairman, Hajia Amina zakari, has been returned to her former position as a National Electoral Commissioner representing the North-West Nigeria.

Zakari’s appointment has been trailed with sharp and persisteent criticism, especially from the opposition Peoples Democratic Party (PDP), which accused that the INEC Commissioner was an ally of Mr. President and a card-carrying member of the ruling All Progressives Congress (APC).

Professor Yakubu, is a Professor of Political History and International Studies, as well as a former Executive Secretary of the Tertiary Education Trust Fund.

The INEC helmsman served as the Assistant Secretary, (Finance and Administration) at the 2014 National Conference.