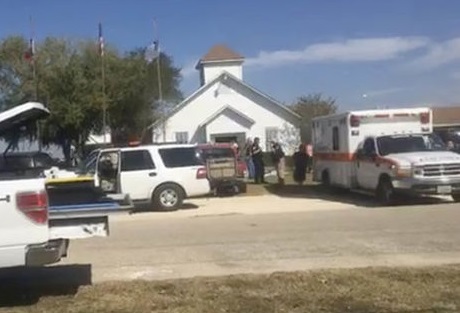 (AFRICAN EXAMINER) – At least 27 people have died after a gunman opened fire at a church in Texas during Sunday services.

The attack happened at the First Baptist Church in Sutherland Springs in Wilson County.

A police commissioner at the scene confirmed that at least 27 people had died. Several others are reported to be injured.

The San Antonio FBI branch said its agents had been deployed, and there was no indication of the gunman’s motive.

The FBI also said that while only one shooter was reported, it was looking into other possibilities.

Local ABC affiliate KSAT 12 reported the gunman entered the church at around 11:30 local time (17:30 GMT). It also said he had been killed in the aftermath.

Photos and video from the scene showed the area taped off by local law enforcement.

A number of helicopters have arrived to transport the wounded, KSAT 12 reporter Max Massey said./BBC