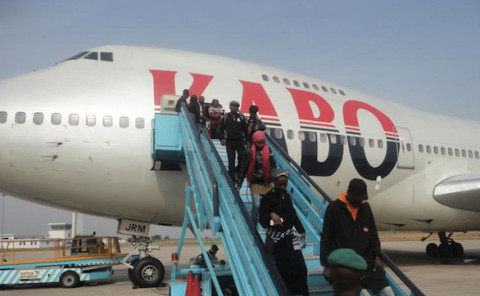 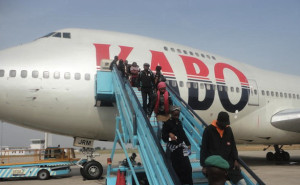 Another Plane crash was averted on Friday when a Saudi bound Kabo Air plane carrying 400 passengers from Kano made an emergency landing at the Sir Abubakar III international Airport in Sokoto.

This is coming a day after the crash in Lagos of an Embraer aircraft belonging to Associated Airlines carrying the corpse of late Governor Agagu, which killed 13 out of 20 passengers.

Its tyres exploded immediately after it took off at the Aminu Kano International Airport in Kano but had to divert to Sokoto.

Passengers have been evacuated from the plane and were lodged in a hotel in the ancient city.