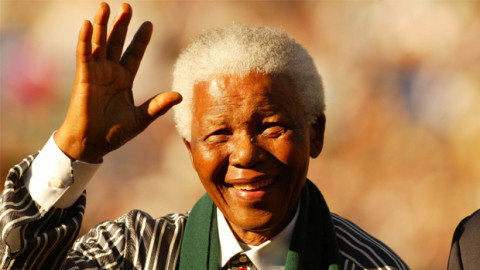 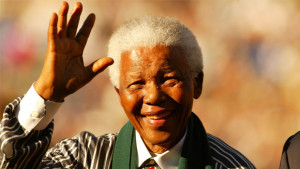 He died on Thursday at home as Zuma says “he is now resting. He is now at peace. Our nation has lost his greatest son. Our people have lost their father.”

Zuma added that a state funeral would be held for him, Zuma was quoted in NBC News broadcast.

Mandela, whose stubborn defiance survived 27 years in prison led to the dismantling of the country’s racist and brutal apartheid system.

Mandela had a number of issues with his health in recent years, including repeated hospitalizations with a chronic lung infection. Mandela had been listed in “serious but stable condition” after entering the hospital in June before returning to home to receive continued medical care, reports the ABC News.

In April, Mandela spent 18 days in the hospital due to a lung infection and was treated for gall stones in December 2012. His public appearances had become increasingly rare as he dealt with his declining health. His last public appearance was in July of 2010, when he attended the final match and closing ceremonies of the soccer World Cup held in South Africa.

Though, he was in power for only five years, Mandela was a figure of enormous moral influence the world over – a symbol of revolution, resistance and triumph over racial segregation.

Mandela is simply one of the giants of the 20th century, as his career was marked not only by his heroic resistance to racism, but also by his poised and soft spoken demeanour. After enduring nearly three decades of prison, much of it at hard labour in a lime quarry, Mandela emerged as a gentle leader who became South Africa’s first black president. He was awarded the Nobel Peace Prize for his leadership in ending apartheid without violence, and later became a global statesman who inspired millions people around the world.

Mandela was born in 1918, the son of a tribal leader, in a remote village in South Africa. His tribal name, Rolihlahla, meant “troublemaker,” a moniker Mandela would more than live up to in his lifetime.

In 1952, he emerged unto the national stage when he helped organize the first country-wide protests called the Defiance Campaign. That same year he opened the country’s first black law firm.

Ruth Mopati, his secretary at the firm, wrote about the way he was then in the book “Mandela,” saying, “He was able to relate to people with respect and therefore he was respected in return.”

While Mandela’s party, the African National Congress, had always been dedicated to non-violence, in 1960, the ANC was banned to prevent further protests after police shot dead 69 black protestors in what became known as the Sharpeville massacre.

The events radicalized the organization and led to the creation of the ANC military wing, for which Mandela became its first commander in 1961.

In 1962, Mandela was sent to prison on a charge of inciting a strike.

“At 1:30 in the morning, on March 30, I was awakened by sharp, unfriendly knocks at my door, the unmistakable signature of the police. ‘The time has come,’ I said to myself as I opened the door to find half a dozen armed security policemen,” Mandela said.

Two years later, Mandela was sentenced to life in prison for sabotage and conspiracy to overthrow the white government. Much of the next 27 years in prison were spent in the infamous Robben Island prison where he did hard labor in a lime quarry.

During his nearly three decades behind bars, Mandela would become a myth. The government even banned any use of Mandela’s image or words, leaving a whole generation to grow up knowing little about the world’s most famous political prisoner.

Mandela spoke about his time in his autobiography: “A nation should not be judged by how it treats its highest citizens, but its lowest ones-and South Africa treated its imprisoned African citizens like animals.”

South Africa is still bedeviled by challenges, from class inequality to political corruption to AIDS. And with Mandela’s death, it has lost a beacon of optimism.

Feb. 1990: NBC’s Robin Lloyd reports on Nelson Mandela on the eve of his release from prison in 1990. Mandela’s name has become a rallying cry for the overthrow of apartheid, but no one but prison guards and visitors have actually seen him since he was jailed 27 years ago.

In his jailhouse memoirs, Mandela wrote that even after spending so many years in a Spartan cell on Robben Island – with one visitor a year and one letter every six months – he still had faith in human nature.

“No one is born hating another person because of the color of his skin, or his background, or his religion,” he wrote in “Long Walk to Freedom.”

Mandela retired from public life in 2004 with the half-joking directive, “Don’t call me, I’ll call you,” and had largely stepped out of the spotlight, spending much of his time with family in his childhood village.