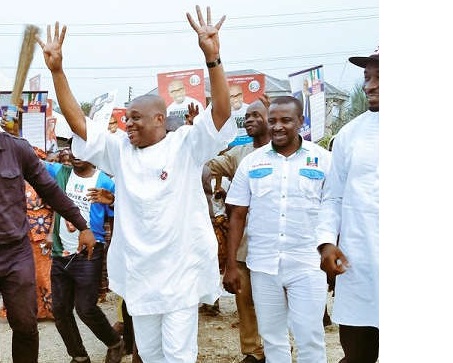 (AFRICAN EXAMINER) – The Supreme Court has quashed the conviction of the former governor of Abia State, Orji Uzor-Kalu and ordered retrial of the case.

In a unanimous judgement on Friday by a seven-man panel, led by Justice Amina Augie, the Supreme Court held that the Federal High Court in Lagos, convicted  Kalu, his firm – Slok Nigeria Limited and his former aide, Jones Udeogu, lacked jurisdiction to do so.

The supreme court explained that Justice Mohammed Idris, who conducted the trial, was no longer a judge of the Federal High Court at the time he sat and delivered the judgement.

The court added that Justice Idris, having been elevated to the Court of Appeal before then, lacked the powers to return to sit as a High Court Judge.

As a result, the apex court set aside the judgement and ordered a fresh trial of the defendants by another judge.

The defendant was alleged to have stolen about N7.1billion from Abia state treasury when he was the governor of the state.

Meanwhile, following the supreme court judgement, Mr Orji kalu is said to have been released from prison.