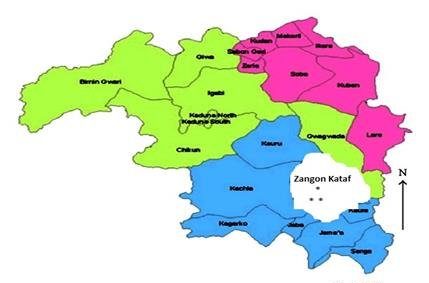 (AFRICAN EXAMINER) – Residents and business owners in Kafanchan, Jema’a Local Government Area of Kaduna State have decried the adverse impact of the lingering electricity blackout in the area.

Kafanchan town has been in darkness since Jan. 18 when Kaduna Electricity Distribution Company (KEDC) shut down its operations in the area after a violent protest over epileptic power supply.

The protesters had taken to the streets, lamenting the “outrageous bills” from KEDC in recent times without enjoying commensurate value of electricity supply.

Security operatives fired shots to disperse angry protesters when the protest turned violent , a protester was hit at the back with a vehicle and motorcycle burnt at the KEDC office

KEDC’s Head of Corporate Communications, Abdulazeez Abdullahi, had in a recent interview with newsmen, said his personnel in the area were no longer safe after the attack, hence the decision to shut down operations.

As the blackout enters its third week, some electricity consumers who spoke with our reporter on Thursday said the situation had made life unbearable for them.

Mr Gambo Musa, who runs a laundry said that though a generating set provides alternative source of power for his business but that alternative came at a huge cost.

“With this blackout, I have to run my generator for much longer periods than before, and what that means I spend more now to fuel it.

He maintained that consumers were ready to pay for electricity if the supply was stable and the cost reasonable.

Other electricity consumers who spoke called on the local government authority and other relevant stakeholders to intervene for a quick resolution of the matter.