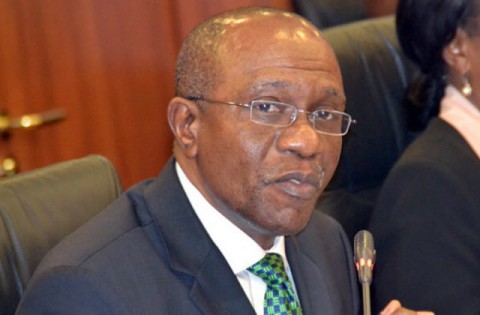 (AFRICAN EXAMINER) – The Central bank of Nigeria has approved the grant of a Wholesale Development Finance Institution Licence with national authorization to the Development Bank of Nigeria (DBN) Plc, the Minister of Finance, Mrs. Kemi Adeosun has confirmed.

The approval was conveyed in a letter addressed to the Managing Director/Chief Executive of Officer of DBN dated March 28, 2017.  The letter was signed by the Deputy Governor of the CBN in charge of Financial System Stability. The approval was subject to meeting the minimum capital requirement of N100 billion and the reconstitution of the Board of the Bank and reviewing its organogram.

The DBN, was conceived in 2014 however, its take-off had been fraught with delays. The President Muhammadu Buhari led administration inherited the project with a determination to resolve all outstanding issues and set a target of 2017 for its take-off.

It could  be recalled that the Minister of Finance said that the DBN will have access to US$1.3bn (N396.5 billion) which has been jointly provided by the World Bank (WB), KfW (German Development Bank), the African Development Bank (AfDB) and the Agence Française de Development (French Development Agency).  The Bank is also finalising agreements with the European Investment Bank (EIB).

She also stated that the DBN, will provide loans to all sectors of the economy including, manufacturing, services and other industries not currently served by existing development banks thereby filling an important gap in the provision of finance to Micro, Small and Medium Enterprises (MSMEs).

As a wholesale bank, the DBN will lend wholesale to Microfinance Banks which will on-lend    medium to long-term loans to MSMEs. The MSMEs contribute about 48.47 percent to the Gross Domestic Products (GDP) of Nigeria but have access to only about 5 percent of lending from Deposit Money Banks (DMBs).

The Federal Government expects that the influx of additional capital from the DBN will lower borrowing rates and the longer tenure of the loans, will provide the required flexibility in the management of cash flows, giving businesses the opportunity to make capital improvements, and acquire equipment or supplies.