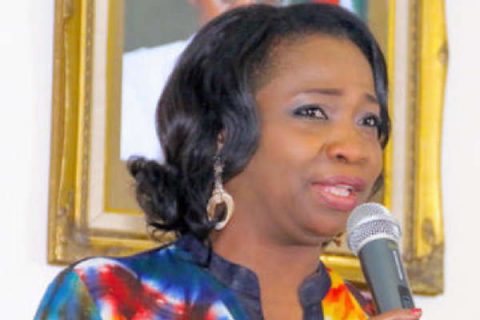 NIDCOM reiterated this on Friday in a statement by its Head of Media and Public Relations Unit, Abdur-Rahman Balogun.

Dabiri-Erewa said that an incident had compelled Nigerians to protest on the streets of Guangzhou, China and they were advised to report to the country’s mission.

She advised Nigerians living abroad to report issues of concern to appropriate authorities rather than roam the streets.

”They eventually did and the people were promptly attended to by officials of the Nigerian mission with the Head of Chancery, Mr Razaq  Lawal expressing his displeasure to the Chinese authorities in no uncertain terms.

”Lawal said that series of meetings have been held between Nigerian and Chinese officials to resolve the impasse.

”The Minister of Foreign Affairs, Mr Geoffrey Onyeama has also met with the Chinese Ambassador to Nigeria on the issue while we expect Nigerians to obey laws of other countries, especially in these trying  times,” she said.

The NIDCOM chairman/CEO appealed to Chinese authorities not to make their laws discriminatory as consultations continue between both countries toward finding an amicable solution to issues.

Recall that several videos have emerged on social media to show how the Chinese government has forced Nigerians out of their houses and hotels, rounded up and their passports seized by the Chinese police.