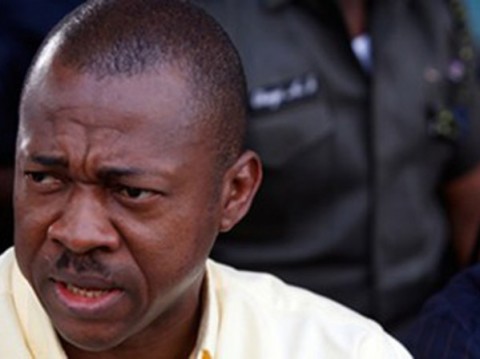 Two persons were on Thursday sent to their untimely graves, while eight were said to have sustained various degrees of injuries during a gun battle between two Enugu communities over the ownership of a disputed portion of land where one of the telecommunication giants, MTN sited its base station.

Though, the Police in Enugu have said that only one person died in the fracas, but admitted that several others sustained serious injuries.

But a resident of the area who said he witnessed the semi war, told our correspondent that he personally saw two dead bodies lying at the scene of the heavy fight.

The two rival communities are Umuonu in Amechi, Awkunanaw and Akwuke, Awkunanaw both in Enugu South Local Government Area of Enugu State.

African Examiner gathered that about 11 o’clock in the morning, some youths came out in their numbers from both warring communities and engaged themselves in altercation over who actually is the true owner of the piece of land where a mast was sited and in the area.

It was learnt that a heated argument by the boys, which began like a child’s play, later degenerated into serious fight, which left the two people dead, and several others injured.

According to an eyewitness account, one person was shot and he died instantly while the second person gave up the ghost shortly after sustaining serious gunshot wounds.

Another resident of the area told African Examiner that she heard the gunshots as well as shout of one of the victims who was running for his dear life with blood all over his body including his eyes.

However, Investigation reveals that the said land had been in dispute for over 50 years now, and three different communities are laying claims to its ownership. The communities are, Umuonu, Akwuke and Amagu.

Presently,, the Akwuke people are inhabiting the area and selling the land whereas, Umuonu people and Amagu are engaged in demolishing buildings under construction in the area, just as they have extorting different amount of monies from such builders.

The sharp practice by the people, had made land speculators to be wary of buying land from the communities.

The Enugu State Police public Relations Officer PPRO, Ebere Amaraizu, DSP who confirmed the ugly incident said only one person has been confirmed dead while some others are seriously injured and are undergoing treatment in an undisclosed hospitals.

The Enugu police spokesman disclosed that so far, only one person has been arrested in connection with the shooting.