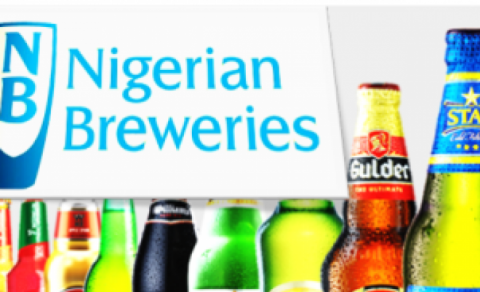 (AFRICAN EXAMINER) – An Engineer, Kenechukwu Agu, has lamented his inability to deploy a modern technology that could boost revenue for electricity distribution companies and slash the electricity bills (tariff) for consumers in Nigeria.

He explained that he was unable to deploy the technology three years after it gained endorsement of the National Electricity Regulatory Commission (NERC) because the Nigerian Breweries Plc refused to pay debts allegedly owed him by the company in Enugu.

According to him, the technology was approved by NERC in 2017 for use. The Commission had gone further to recommend that its pilot scheme project should begin with Enugu Electricity Distribution Company (EEDC) before it could be replicated to the other DISCOS across the country.

Eng. Agu added that If put in use, the  design is expected to eliminate electricity theft; lead to an era of slash in electricity bills (tariff) across the nation, create employment; stimulate the economy and revamp the power sector by making it more profitable for Investors.

Addressing newsmen in Enugu Monday, Agu who is the Managing Director of Evanpower Engineering, said the Nigerian Breweries Plc, has refused to pay for his blueprint even after consenting to having custody of it.

In addition, Agu stated that the Nigerian Breweries Plc also refused to pay for all the works his company executed in the access control systems project at Ama Brewery, Enugu.

He insisted that the “confiscation of his blueprint and the refusal” by the Nigerian Breweries Plc to pay for it alongside the works he executed on the Access Control Systems at Ama Brewery has stalled the implementation of his technology for the nation and jeopardized his company operations.

He also claimed  that the Nigerian Breweries Plc is indebted to him to the tune of over Seven Hundred and Fifty Three Million (N753,000,000.00); made up of over Three Million naira for works on the Access Control Systems, as well as N750 Million for non-consented custody and appropriation of his intellectual property without his knowledge, consent, permission, authority and approval.

“I have made various representations for my money to be paid to me to no avail including a meeting with the management of Nigerian Breweries Plc at Lagos in 2018, where they promised to escalate the money to Amsterdam.

“Our blueprint provided solution to the lightening threat to the Access Control system at Ama Brewery. It provided plan and pathway to add on the rest of the new Access Control Equipment. It meant cost saving for the brewery”, he stated.

Agu maintained that if his technology had been fully implemented, it could have saved the country billions of naira lost in revenue to electricity theft and other sharp practices in the sector.

“Its implementation would have resulted in electricity consumers receiving very cheap and affordable electricity bills had it been fully applied”, he said, regretting, however, that the action of the Nigerian Breweries has stalled the project.

Meanwhile, in a response letter from Nigerian Breweries Plc, dated June 14, 2018 and signed by the company legal manager operations, Chidubem Aguguo reads: “With respect to your demand for us to pay you the sum of N3,744,153.15 for the use of your blueprint, kindly note that at no time did  we commit to make any payment to you for the blueprint you submitted in respect of the access control project at the brewery.

“Moreover, you did not at the time of submission of the blueprint indicate that we should pay for it.

“The blueprint was merely used to develop an RFQ for the supply and Installation of access control equipment at the brewery and the contract for the supply of the equipment was awarded to you being the successful bidder.

“Our records show that you received some payment for the supply of the equipment, leaving an outstanding sum of N120,000.00.

“Thus we are only obligated to pay you the said sum of N120,000.00 being the outstanding payment due to the supply of the equipment.”

In his reaction, Agu said that the argument raised by the Nigerian Breweries Plc sounded like that of a four year old to him, adding that since then, he had written the company severally and an appeal for the Presidency’s Intervention through an open letter to President Muhammad Buhari in the media.

Agu added that his lawyer, Prof. Agu Gab Agu had written to the management of Nigerian Breweries Plc, threatening a lawsuit should they fail to pay the money within the specific period.

Prof. Agu’s letter dated February 25, 2020 and addressed to the Managing Director of Nigerian Breweries, gave Graphic details of the business relationship between Eng. Agu and the company.