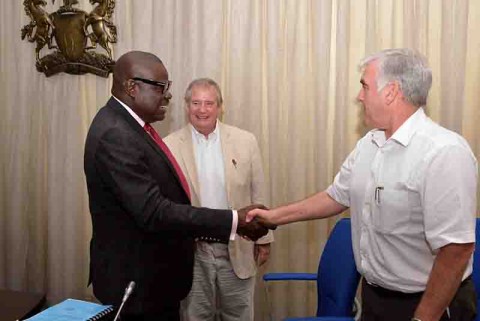 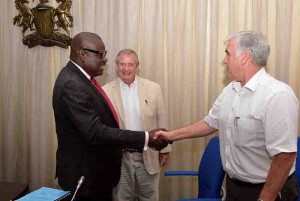 Speaking at the signing ceremony for the 500 cubic meters water scheme in Calabar, the state governor, Senator Liyel Imoke, who was represented by his Deputy, Mr. Efiok Cobham expressed delight at the project and urged the contractor to deliver on specification, bearing in mind the need for global quality and timeliness.

The governor who stressed the critical role of water in the life of individuals which necessitated the pursuit of the project, maintained that upon completion, coupled with other intervention projects, 80 percent of the people of the state will have access to potable water supply that will immensely improve their living conditions.

His words: “Without access to potable water supply, there is no way we can meet the Millennium Development Goals (MDGs),” saying that the state will not relent in ensuring that the MDGs was met in the state.

The Governor pledged the state government’s readiness to ensure that its target programmes and projects will touch the lives of ordinary citizen, especially those in the rural areas.

Engineer Elemi Etowa who signed the contract on behalf of the state government, disclosed that 12 global companies bided for the job and that Lilleker Brothers was chosen as preferred bidder after a transparent process, adding that the scheme was one of the largest to be executed in the state. According to him, the project would not only benefit Ikom but other adjoining communities.

Managing Director of Lilleker Brothers, Nig. Ltd, Engineer Trevor Ralton, thanked the government for the confident reposed in the company and promised to deliver on specification, even as he solicited full cooperation of all stakeholders in the course of executing the project.