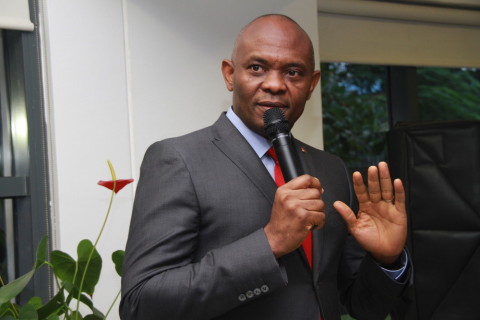 The Chairman of Heirs Holdings and Founder of the Tony Elumelu Foundation, Mr. Tony O. Elumelu, has emphasised the need to integrate the private sector as a full partner in global development, particularly given the constraints on official development assistance in the current fiscal climate. 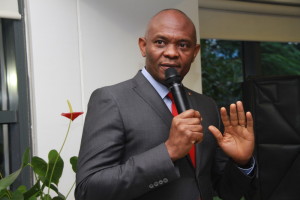 Elumelu disclosed this while giving his keynote address on “the role of the private sector in the Post -2015 Development Agenda” during the UN General Assembly and Economic and Social Council (ECOSOC) at the UN Headquarters, New York, NY.

He also highlighted the critical importance of job creation and power generation for improving the lives of Africans and people all over the world.

“A global agenda that intends to address the livelihoods of people and attack extreme poverty is not set up for success if it does not fully engage the sector of society that controls the most capital, employs the most people, and fosters the most innovation,” he said.

Commending the High-Level Panel for moving beyond a focus on providing basic health and education to the poor and now prioritizing jobs and inclusive growth in the next set of development, Mr. Elumelu suggested “if we help people make something of themselves, by investing in jobs and economic opportunity, and the multiplier effect of access to energy, the beneficiaries will purchase healthcare, they will purchase education for their children and look after their families. They will live longer, live healthier and, above all, they will live in dignity.”

He also urged the private sector to reconsider what it means to be a good corporate citizen, going beyond “small corporate donations to good causes in our communities of operation” and making a public commitment to adhere to established governance frameworks such as the UN Global Compact in order to demonstrate accountability and transparency.

He further recommended that businesses adopt the principles of Africapitalism, arguing that “the intent to create and multiply value in the societies in which we source, supply and operate, must be built into our corporate governance, into our operations, into our project development and into our profit calculation across the value chain.”

He maintained that there is no need it to continue wait for governments or the courts to compel it to do the right thing.

Closing his speech with a reflection on the importance of partnerships, Mr. Elumelu outlined a potent proposition to drive the post 2015 development agenda, calling for a blended approach combining “the political will, resources, incentivizing and convening power of the governmental sector; the compassion, selflessness and dedication of the non-profit sector; the innovation, expertise and, financial capital of the private sector; and the drive, creativity and entrepreneurial spirit of the very people we seek to help.”

President of the General Assembly, Mr. John Ashe, opened the session with a statement emphasizing the key importance of partnerships in the post-2015 development framework, and laid out the themes to be covered in the panel discussions to be held over the next two days.

President of ECOSOC, Mr. Martin Sajdik, also said people must create new partnerships and scale up existing ones to meet the challenges of the most vulnerable countries head on.

Earlier in his remarks, United Nations Secretary General, Ban Ki-moon, urged the United Nations to scale up partnerships with the private and nonprofit sectors, and to increase the capacity and resources available for such partnerships.

“The means of implementation for the post-2015 development agenda must be as ambitious as the goals. New actors have the capacity to help shape and deliver on common priorities [and provide] fresh perspectives on how we handle some of these issues,” he said. Speaking about the development of the post-2015 development agenda, he said “the work we do in the next few months has the potential to save lives and improve wellbeing for generations to come.”