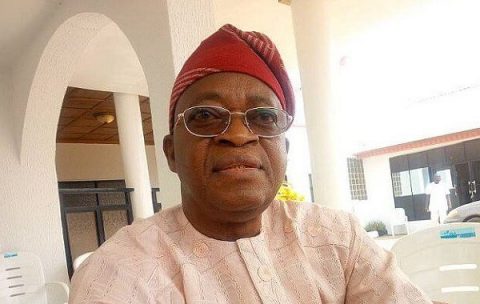 (AFRICAN EXAMINER) – Gov.  Gboyega Oyetola of Osun on Friday announced the suspension of the 24-hour curfew imposed on the state to tackle the rising violence and damages caused by hoodlums under the #EndSARS protest.

Oyetola, in a statement by the Secretary to the State Government, Mr Wole Oyebamiji, in Osogbo, noted the high level of compliance with the 24-hour curfew he had declared to forestall breakdown of law and order.

The News Agency of Nigeria (NAN) reports that Oyetola on Tuesday announced a 24-hour curfew effective from 11. 59 p.m. same day.

Oyetola said the curfew followed the unfortunate dangerous dimension the EndSARS protest had assumed across the country, particularly in the South-West States.

The governor,however, commended the residents for their show of understanding and cooperation in the last 48 hours of the curfew.

He equally hailed the youths for displaying high sense of maturity in carrying out their protest.

“The suspension is to allow members of the public approach the Panel to make their submissions and to go about their lawful businesses.

”However, government will not hesitate to reinstate the curfew should the need arise.

“Government remains committed to the cause of our youths and the #EndSARS protesters and shall take every necessary step to ensure that their demands are met.

“Considering government’s commitment and determination to meet the demands of the protesters, we appeal to the protesting youths to suspend their protest and engage Government in a dialogue”.

Oyetola enjoined residents of the state to be peaceful and to be law abiding, saying all efforts would be made to protect them and their property.

NAN also reports that the governor on Thursday inaugurated 12-man Judicial Panel of Inquiry to look into alleged brutality and other forms of rights abuses by officers and men of the disbanded Special Anti-Robbery Squad (SARS) of the Nigerian Police.