Enugu LGA: ENSIEC Makes U Turn On Disqualification of APC Candidates Over Tax 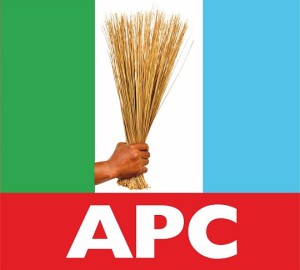 (AFRICAN EXAMINER) – The Enugu State Independent Electoral Commission (ENSIEC) has reversed itself on the disqualification of candidates of the All Progressive Congress (APC) and other opposition candidates for the forthcoming local Government election in the state.

African Examiner recalled that  the Commission led by Mike Ajogwu, a Senior Advocate of Nigeria, (SAN) had last week tactically  disqualified some of the candidates for non possession of tax clearance certificate, permanent Voters card,  and some other requirements, but cleared them on Wednesday after much pressure from APC and other opposition parties, as well as stakeholders in the state.

Speaking with newsmen at the end of ENSIEC meeting with stakeholders of the opposition parties at the commission’s office, state chairman of the APC, Dr. Ben Nwoye hailed the ENSIEC boss  Chief  Ajogwu for shifting ground, but noted that there were still issues that needed to be resolved ahead of the election, advising  him not to allow himself to be forced into illegality.

Nwoye, hinted that the ENSIEC chairman  has given verbal approval to all the candidates earlier disqualified over their alleged inability to provide evidence of tax payment ,adding that Ajogwu, insisted that those who did not attend the commission’s  screening exercise with cogent reason stands disqualified.

The APC chairman, who insisted that ENSIEC has no legal power to screen candidates sponsored by political parties, differed with ENSIEC for insisting that candidates who were unable to participate in the screening exercise carried by the commission remained disqualified.

He argued that ENSIEC did not follow due process nor its guideline in disqualifying the candidates, pointing out that “ from every indication, the chairman and his team are acting under pressure, because they are bent in exercising the powers they do not have.”

The APC chairman disclosed that the party’s legal team was already studying the developments for possible legal options, advising the ENSIEC boss, to do the needful so as to avoid legal action capable of  embarrassing   his hard earned reputation as a senior Advocate of Nigeria (SAN).

The  council election has been scheduled to hold on November 4, 2017 in all the17 local government areas of the state and 260 political wards.