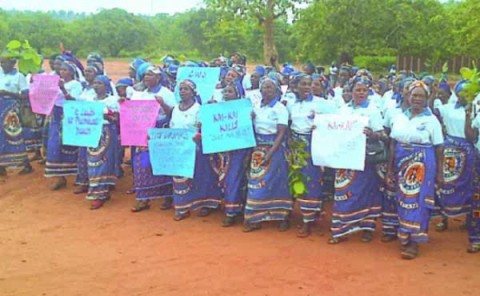 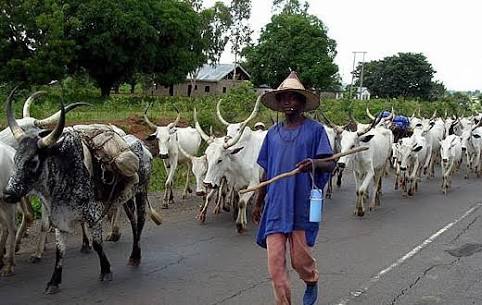 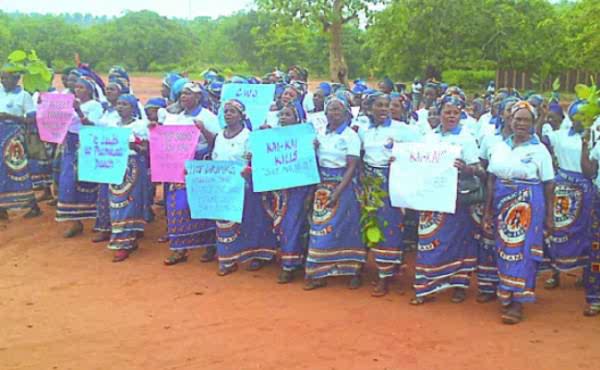 Dozens of women drawn from four local government Areas of Enugu State Tuesday staged a protest against incessant cases of rape and destruction of their farm lands by Fulani herdsmen.

They therefore, called on the State Government to as a matter of urgency intervene on the matter, especially on rape issue and molestation they suffer in the hands of the herdsmen.

The women who also represented the Anglican Diocese of Enugu North, comprising Enugu North, Enugu East, Udi and Ezeagu lamented that the herdsmen rape women, kill both men and women while their herd destroy farmlands.

Speaking while at the Enugu State House of Assembly, leader of the protesting group, Mrs Achogaonye Eze, said unless the herdsmen were stopped, their lives would be in grave danger.

She indicated “because they arm themselves with sophisticated weapons” this made it impossible for the vigilante to confront them.

Eze who is the wife of Bishop Sostenance Eze of Enugu North Anglican Diocese, pointed out that apart from raping women and killing people in the communities, the “herdsmen also engage in robbery and kidnapping”

She lamented that they were helpless because they had complained to the law enforcement agencies but to no avail.

The cleric’s wife, disclosed that people were now afraid to go to the farm unless they are in groups for “fear of rape or outright killing”

“They have butchered two men who tried to confront them, they rape women and destroy their crops.

“They pretend to be selling bush meat and when you stop over to buy, their gang will come out of the bush and rob you of your belonging.

“They are now wielding AK 47 guns at villagers who confront them and since the vigilante do not have such sophisticated weapons they withdraw,” she enumerated agitating that they should be asked to vacate the State for good.

“Our people are molested; they feel that they own the land. If we don’t stop them, they may rape your own wives,” she declared.

The demonstrating women carried placards with inscriptions such as: “Fulani herdsmen kill our men with AK 47, All we are saying is, Fulani, leave our farmlands”, “They butchered two men at Eke, stop robbing us at the high ways”, among others.

Speaker of the State House of Assembly, Hon. Edward Ubosi, represented by the public relations officer, PRO, of the House, Mr. Jonas Ugwuanyi, advised them to take it easy and eschew violence in expressing their anger.

“The issue is a grievous one, but I want to advise you to take things easy and channel your complaints to the law enforcement agencies,” he advised.

He however said that the House would look into their grievances with a view to check it and alleviate their plight.