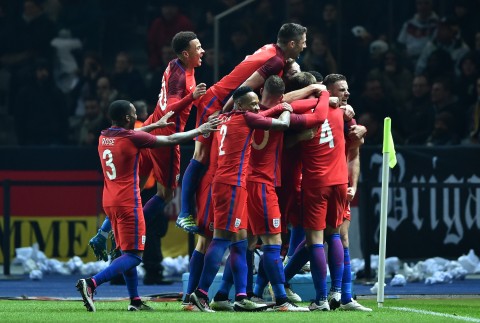 BALTIMORE, MD (AFRICAN EXAMINER) – European Football Governing body, UEFA has threatened to ban English and Russia from partaking in the ongoing Euro 2016 in France if their fans stick to making troubles.

It would be recalled the French Prosecutors Monday alleged that a group of well trained Russian hooligans were behind the violence which erupted in Marseille during the Russia-England match last Saturday. Following this, about 35 fans were injured; policemen attacked while two English fans were convicted for committing various offences.
As a follow up to this, the Russians have been fined 150,000 euro (£119,000).

The suspended disqualification and fine were in connection only to incidents that happened inside the stadium.

Also, groups of Russian fans were already being deported from France as a result of trouble at the tournament.

In addition, a French police operation to apprehend 40 suspected Russian hooligans is under way.

Despite the troubles, Russian coach Leonid Slutsky, whose team is billed to play Wales and Slovakia, is still confident of victory in the first round.

He stated: “We are sure our supporters will not do the same and will not give any reasons to disqualify our team”.

Although not fined like Russia, still UEFA has placed England under watch and warned against disqualification if their fans would not allow peace at the tournament which kicked off last Friday.

The warning came against the background of hint on the likely altercations between England and Russia fans this week in Lille.

While Russia will play Group B rivals Slovakia in the city Wednesday, England fans are expected to congregate there before Thursday’s match against Wales in the nearby town of Lens.

Sequel to this, the French authorities have pledged to increase security in Lens by deploying 2,400 police, gendarmes, security guards and a riot squad.

Chairman of the Football Association (FA), Greg Dyke, has expressed deep concern about security in the neighbouring Lille. Already, drinking alcohol in the streets has been banned in Lens.

In the meantime, in order to beef up security, the British government has pledged to send more police officers trained in football violence to France before the match between England and Wales.

In line with this, England Manager Roy Hodgson and captain Wayne Rooney have urged fans to “stay out of trouble” to allow a peaceful match.