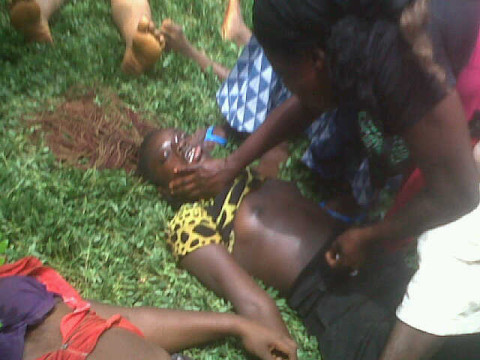 The Directorate of Social Communications, Catholic Archdiocese of Onitsha, Nigeria says false alarm led to the stampede at the Holy Ghost Adoration Centre, Uke, Anambra State. About 30 worshippers died in the stampede with several others injured. 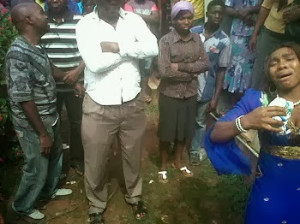 A statement signed by Rev. Fr. Uche Pius Ukor explained that in the early hours of Saturday, November 2, 2013, there was a stampede moments after prayers at the Holy Ghost Adoration Centre, Uke, in Idemili South LGA of Anambra State.

“The stampede, which occurred while people were going home, resulted in the loss of some lives. Some are still injured and receiving treatments in some hospitals. Vigil was usually held at the centre on every first Friday of the month. The crowd at the centre was unprecedented on this first Friday of November 2013 probably because it was the Solemnity of All Saints and a holy day of obligation for Catholic faitful.

“Save for the unprecedented crowd, the vigil started and ended normally. The stampede was reportedly caused by a false alarm raised by somebody in the crowd along one of the narrow roads out of the town. The crowd was so much that people wanting to leave all at the same time, which made it very difficult for people to find enough space to move. This happened in just one of the roads out of the town,” he explained.

According toUkor, the outpouring of concerns and supports with regard to the incident had been tremendous as the Archbishop of Onitsha, Most Rev. Valerian Okeke, is still deeply saddened by this ugly incident, saying that he had visited the dead in the morgue and the injured in the hospitals.

“His heart goes out to the families and friends of those who lost their lives in the incident. He promises his closeness to them and all the faithful of the Holy Ghost Adoration Centre, Uke, and especially the Spiritual Director of the Centre, Rev. Fr. Emmanuel Obimma, who is hard hit by the ugly incident,” he said.

Ukor stated that full investigations had been launched into the matter and that more efforts were being made to protect the lives of all worshippers at the centre, adding that the Archdiocese of Onitsha remained very grateful to the many volunteers who swung into action immediately, saving as many lives as possible.

“We also thank the management and staff of the various hospitals where the injured were sent immediately for treatment. They have been wonderful. We remain grateful to you all for your closeness and sympathies at this difficult moment. May the dead through the mercy of God rest in peace,” he said.