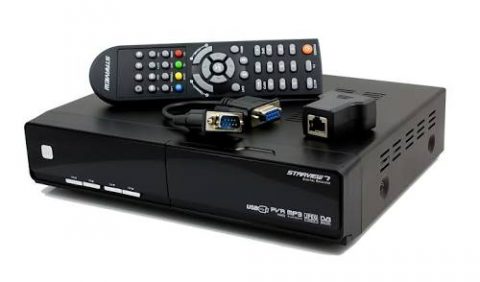 The Federal Government (FG) has announced that about 200,000 television households in Jos, the Plateau State capital, will receive free Set-Top Boxes (STBs) for the Pilot Scheme of the Digital Switch Over (DSO) on April 30, 2016.

Minister of Information and Culture, Alhaji Lai Mohammed, drpped the hint Friday when he led members of the Ministerial Task Force on DSO on a courtesy visit to the State Governor, Mr. Simon Lalong.

Alhaji Mohammed said the gesture would provide options for the viewing public, in addition to jobs to be created in the areas of content and software development while also providing platform for film producers and musicians to release their productions directly to households.

The Minister said the collation of data on television households in Jos thas commenced in order to map out the distribution network for the limited STBs and therefore solicited the support of the Plateau State Government to ensure a seamless distribution.

“We have started advertising, we have developed jingles. In addition, by Monday, we are going to come out with bulk SMS to owners of televisions to give us their location and addresses to collect their Set-Top Boxes,” he said.

While restating the support of Plateau State for the actualization of the DSO, the State Governor, who was represented by his Deputy, Prof. Sonnie Tyoden, said a committee will soon be set up under the chairmanship of the Commissioner for Information to liaise with the Task Force on DSO to ensure the overall success of the Pilot Scheme.

The Governor, who described the DSO as a milestone in broadcasting, affirmed that it has revolutionized access to information.

“I am intrigued by the project, particularly the aspect that emphasizes what I may call the demystification of the access to media and information. The fact that it is now giving an opportunity to those who do not have the wherewithal to have DSTV or other sources that give them the large expanse of access to information. I think that seems to have been handled,” he said.