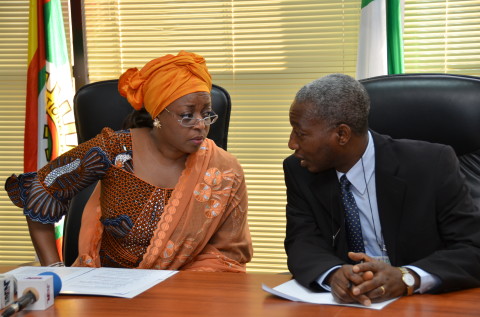 …Assures of Transparency and Accountability in Bid Process

The Federal Government has flagged off the second oil marginal fields licensing round aimed at deepening the participation of indigenous oil companies in the upstream sector of the oil and gas industry. 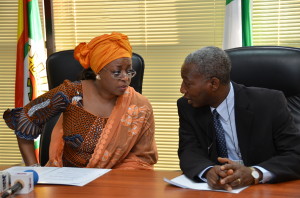 The Minister of Petroleum Resources, Mrs. Diezani Alison-Madueke, who declared the bid round open at a press conference held in Abuja on Thursday stated that it is designed to boost the participation of Nigerian indigenous companies in the upstream and to generally increase exploration and production activities in the oil and gas sector to the benefit of Nigerians and the Nigerian economy.

Giving details of the licensing round, Mrs. Alison-Madueke stated that a total of 31 fields are on offer with sixteen (16) of them located onshore, while the remaining fifteen (15) are in the continental shelf.

The Minister who said the Federal Government is committed to transparency in the bid process also encouraged companies indicating interest in the assets to form consortia that would enable them leverage upon each other’s strengths.

“Over the next two weeks, the Department of Petroleum Resources will undertake a road show to different parts of the country about the program. This will be followed by a three and a half-month of competitive bidding process in line with the Federal Government’s commitment to openness and transparency in the conduct of business activities in the country” Mrs. Alison-Madueke stated.

Giving an update on the last marginal fields bid round which held in 2001, the Minister disclosed that of the24 fields that were allocated to 31 indigenous oil companies in that exercise, 8 were already producing while the others are at various stages of development.

Alison-Madueke noted that the marginal field operators who currently account for about 1% of the nation’s production have also recorded huge discoveries in excess of 100 million barrels to the nation’s reserve base, adding that of the eight assets that have so far been divested by the IOCs, at least four are held by active marginal field operators, who have continued to demonstrate remarkable technical ability in operating significantly larger assets.

“In their operations, the companies have addressed corporate social responsibility as a critical element, by providing for stakeholder participation as part of their success factors. In addition, their development strategy is in line with the nation’s Gas Flare Policy and global environmental guidelines on Green House emissions, by ensuring full utilization of their associated gas. Indeed, one of them has established a modular refinery for diesel production which is the first of its kind in the country” Alison-Madueke stated.

The Minister explained that the Federal Government is encouraged by the modest achievements of the marginal field operators in line with the objectives of the local content policy to kick off this marginal field licensing round.

On the proposed sale of the refineries, Alison-Madueke reiterated government’s stance to move away from managing major infrastructure, adding that government was going ahead with the original plan to rehabilitate the refineries so as to be able to get a premium price from their sale.

The Minister maintained that adequate room has been made in the privatization time-table for engagement with all stakeholders to resolve all labour issues to ensure a win-win situation for all.