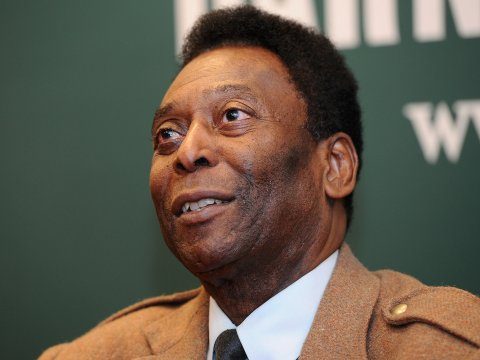 (AFRICAN EXAMINER) – Brazilian Football legend Pele has been hospitalized after collapsing Thursday due to exhaustion.

The 77-year-old was due to travel to London this weekend for a dinner held in his honour by the Football Writers Association (FWA).

According to FWA, Pele is the only player to have won three World Cups – “has undergone a series of tests which appear to point to severe exhaustion”.

“He is on fluids while doctors monitor his recovery. Thankfully there is no suggestion of anything more serious.”

Pele has been taken to hospital for kidney and prostate problems  in recent years.

He is considered to be the greatest player of all time, as he scored 1,281 goals in 1,363 appearances during his 21-year career, including 77 goals in 91 appearances for Brazil.