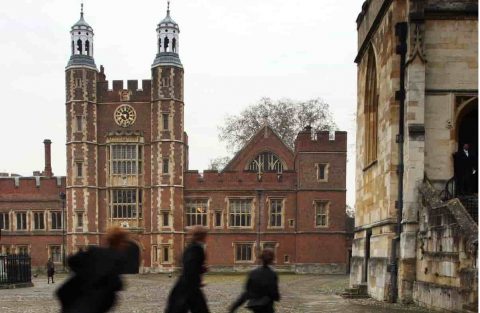 (AFRICAN EXAMINER) – The headmaster of Eton College has apologized to Nigerian writer, Dillibe Onyeama, for the racism he experienced at the college.

The headmaster of the prestigious British public school, Simon Henderson, told the BBC that he is “appalled” by the racism experienced by Onyeama who is the first black person to complete his studies at the school.

Henderson also stressed that “we have made significant strides since” and he mentioned that there was “more to do”.

“We have made significant strides since Onyeama was at Eton but – as millions of people around the world rightly raise their voices in protest against racial discrimination and inequality – we have to have the institutional and personal humility to acknowledge that we still have more to do.

“We must all speak out and commit to doing better – permanently – and I am determined that we seize this moment as a catalyst for real and sustained change for the better.”

He also stated that he will meet Onyeama to apologise to him personally and “to make it clear that he will always be welcome at Eton”.

African Examiner reports that Onyeama, who obtained his school-leaving certificate from Eton in 1969 and he wrote a book about racism he experienced in the school and he was also banned from visiting and the school has a reputation for educating some of the elitist members of the British society like Boris Johnson, as well as the bishop of Canterbury.

The Nigerian writer, Onyeama, stated that when he performed poorly in academics, it was attributed to his race and when he obtained seven O-level passes, the entire school was confused and Onyeama also stated that the apology of the principal was not necessary.