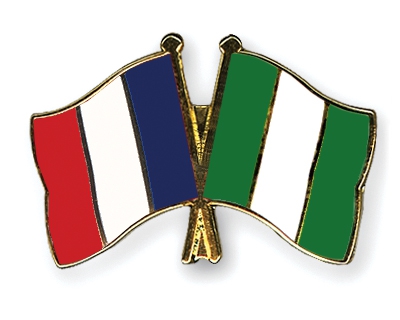 (AFRICAN EXAMINER) – The Government of France has reaffirmed its commitment to promoting the development of arts and culture in Nigeria through its series of cultural programmes aimed at capacity building and professional development in the sector.

The French government through its embassy in Nigeria and the Institut français du Nigéria, has been working collaboratively with key players and stakeholders in the cultural sector, particularly those involved in film production, visual arts and contemporary dance choreographs in Nigeria.

In the light of this,  series of animated film workshops and symposia have been routinely organized and facilitated by the Institut français du Nigéria in conjunction with other embassies with similar interest in the sector.

It may be recalled that as part of the Franco-German Cultural Fund, the Goethe Institut and the Institut français du Nigéria, successfully organized ten-day film animated workshop in Nigeria not long ago. The workshop gave the participants an opportunity to increase their technical skills and interest with experienced professionals from Germany and France. It also created a veritable platform for participants to further develop their career prospects in Nigeria’s vibrant film industry.

Similarly, the French and Japanese Animated Film Festival which is becoming increasingly popular by the day, has been organized consecutively in the last three years by the Embassy of France and the Embassy of Japan in Nigeria.  Moreover, the event has equally created a platform for Nigerian participants to improve their skills in film animation, storyboarding and visual effects.

Cultural  Attache to the Embassy of France and Deputy Director of the institut francai du Nigeria, Aude URCUN, who gave the assurance while speaking at a press conference in Abuja, said the French government will continue to implement cultural programmes in Nigeria with a view to optimizing the productive capacity of practitioners in the sector.

URCUN noted that some Nigerian professionals who have participated in the programmes  facilitated by the institut francai du Nigeria, are already making progress in the production of animated movies. She also added that some of the animated movies produced by Nigerians will be screened along with  that of Japanese and French movies, during the 3rd edition of the Franco-Japanese Animated Film Festival. This event takes place under the auspices of the ‘Fête du cinema d’animation.

She further stated that the French government will continue to contribute its quota to the growth of the sector, especially in its chosen area of focus which include the production of animated movies, visual arts and contemporary dance.

“We are focusing on these areas because we have the requisite competence. a rich heritage as well as age-long expertise to share with our art-inclined counterparts in Nigeria. We don’t want to dabble into what others are doing in the sector and lose our focus”, she said.

She also disclosed that the popular Paris-based Quatuor A’dam made of up four male  singers has been invited by the French Embassy in Nigéria and the Institut français du Nigéria to perform  to an “A CAPELLA” Quartet in Abuja on Friday this week.

URCUN further explained that the singers who are performing in an African country for the first time, will entertain the audience with its repertoire which combines German romantic music, gospel, English pop, renaissance song, French variety coupled with the richness of a capella music.

“This amazing male vocal quartet handles humour and eclecticism. Four friends who by their complicity and their musical and vocal qualities will make you spend a great moment. The performance is suitable for the whole family and for both English and French speakers.

“Before the performance, the Quatuor A’dam will facilitate a one-day workshop on French variety with  two partners schools in Abuja, Capital Science and Premiere Academy and the students will be performing at the event too on Friday”, a press statement issued by the Embassy of France further explained.