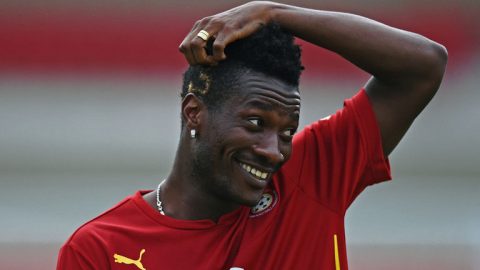 BALTIMORE, MD (AFRICAN EXAMINER) – All is now is set for the Ghanaian Captain Asamoah Gyan to be joined Reading on a season loan from Chinese side Shanghai SIPG.

The 30-year-old former Sunderland Striker has a medical with the Championship side.

It would be recalled Gyan scored 10 Premier League goals for the Black Cats during his two-year spell from 2010, before moving to Al – Ain of the United Arab Emirates (UAE).

The African lad joined Shanghai in 2015 – at the time he was rated as one of the highest-paid Footballers in the world.