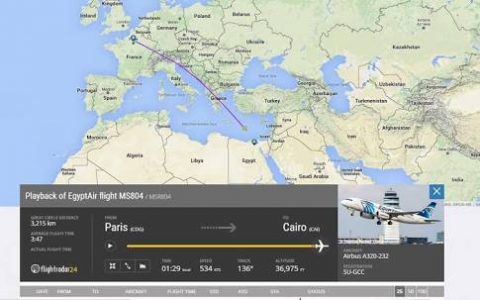 Kammenos said the Airbus A320 turned 90 degrees left and 360-degree to the right, after which the sad incident occurred.

The Minister added the flight with 66 on board after, dropped more than 25,000ft (7,620m) before disappearing from radar.
However, Egypt’s Civil Aviation Minister has suspected a terror attack, positing that the possibility is stronger than technical failure.

Update reports indicate that search teams have sighted debris from the airbus.

The search teams in the south of the Greek island of Karpathos involve Greek and Egyptian naval forces.