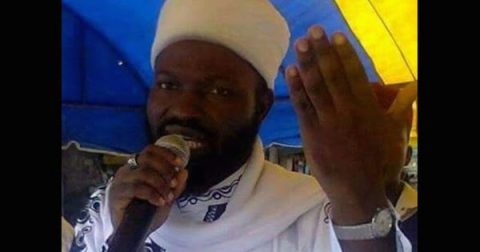 This killing, according to the group again revealed the underbelly of the Nigerian security agencies, which it observed was suggesting that there is over-concentration of security paraphernalia on the rich and powerful in Nigeria, calling for equitable deployment of security agents in all the strategic parts of every city in such a way that every Nigerian can be well protected.

MURIC, in a statement issued Friday in Lagos by its Director, Prof Lakin Akintola  charged the Ogun State Police Command to fish out the killers of the Salaam family, insisting that justice must be done.

”Nobody should murder an Islamic scholar, rout his whole family and get away with it. Ogun police must prove its mettle within days” Prof Akintola restated.

The group however appealed for calm among the Muslim faithfuls in the state; called for their full cooperation so that the police can freely conduct its investigation and urged Islamic scholars all over the country, particularly in Ogun State, to remain law abiding, to tighten security around them and to remain vigilant day and night. It prayed Allah to have mercy on the victims, forgive them and grant them Al-Jannah firdaus.

In another development, the group while reacting to rumours of a possible military coup as alarmed this week by the Chief of Army Staff, Lieutenant General Tukur Buratai issued a warning to soldiers suspected of fraternizing with politicians.

The association said it joined millions of well-meaning and patriotic citizens and groups in the country to reject any military intervention, the idea which it described as ”archaic, nauseating and preposterous”.

”It is an open secret that advanced democracies of the world have an allergy for dictatorship. Military rule has therefore become unfashionable. Any military coup now will only turn Nigeria to a pariah state. The coup leaders will fail to get the support of foreign countries and this will definitely affect the ordinary citizen in the long run. Worse still, it may attract embargoes from Western countries.

”What did we gain from military rule in the past? Apart from the short but corrective military regime of the duo of Buhari and Idiagbon, all other military juntas were a colossal waste. The military wasted over $40 billion between 1966 and 1999. They institutionalized corruption. The worst part is that the military cannot be held accountable as there are no checks and balances in military rule. They turned the educational system upside down. For example, Nigerian universities were shut down for six months under General Babangida (rtd)” said MURIC.

The group reasoned that Human rights abuses were prevalent in the military era and activists like Chief Gani Fawehinmi and Dr. Beko Ransome Kuti spent long periods in detention without trial, arguing that free speech is an aberration under military rule.

The Nigerian press MURIC recalled was a major victim of the past military rulers in Nigeria, contending that every day of military rule is an ”eternity of tyranny”.

While alleging that only corrupt soldiers could attempt to topple the present administration, MURIC declared coup was an aberration, maintaining that any attempt to establish a military regime ”is an invitation to the wrath of Allah”.

Prof. Akintola therefore advised the military to remain in the barracks where they truly belong, to eschew politically motivated temptations and to remain submissive to civilian authority.