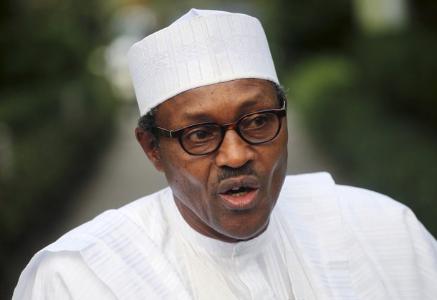 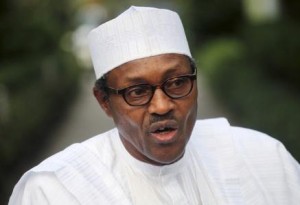 Gen. Mohammadu Buhari, Former Head of State and the leader of the
Congress for Progressive Change (CPC)

The Governor of Bauchi state, Mallam Isa Yuguda, on Saturday
tricked Gen. Mohammadu Buhari, the leader of the Congress for
Progressive Change, to the point of humiliation so as to prevent him
from attending the wedding ceremony of Mohammed, son of former
Vice President Atiku Abubakar, which event took place at the Emir
of Bauchi’s palace.

Gen. Buhari, who responded to the invitation of Atiku whose son
was wedding to Badriyya, daughter of former Gov. Adamu Mu’azu,
arrived Bauchi airport in a chartered flight from Kaduna at about
10.20 in the morning en route the Emir’s palace where the
ceremony was slated to take place at 11.00am.

However, the Government House, having been fore informed, as it
is customary, of the coming of the former Head of State to the state,
plotted a scheme to prevent the General from attending the
ceremony as a means to demonstrate Governor Yuguda’s tacit
loyalty to president Goodluck Jonathan. Impeccable source from the
Government House told Universalreporters that after a brief
consultative meeting with his aides, a decision was reached to
disperse Government House protocol officers to the airport,
ostensibly to receive the CPC Leader and escort him to the venue
but in actual fact with the intention to humiliate him and to prevent
him from attending the event.

Thus, when Buhari arrive the airport, he was accosted by the
protocol officers who informed him that the time for the wedding
ceremony had been shifted from 11.00 to 12.00 and therefore
suggested they take him to the Presidential Lodge to wait till the
appointed time.

Unsuspectingly, Buhari believed them, but countered that instead of
going to the lodge, they should go and wait at the house of his good
friend, Alh. Yahya Abubakar. After consulting with the Government
House, the officers then led him to his friend’s house where they
waited. A few minutes to 12.00 the General’s entourage left for the
Emir’s Palace only to arrive and be told by the Emir that he was late
as the ceremony took place at 11.00. He then stayed for a few
minutes, greeted with the few dignitaries left behind and proceeded
to the airport and returned to Kaduna.

When informed of this ugly trick of the Bauchi State Governor, the
former Vice President promptly places a call onto Gen. Buhari to
apologize for the embarrassment this might have caused him.
Buhari assured Atiku that he was unperturbed by the incident as
such things come with the territory of politics.

It can be recalled that Governor Isa Yuguda came to office under
the ANPP, facilitated by General Buhari in 2007. At the lost of the
presidential election by the ANPP, Gov. Yuguda immediately
switched back to the ruling PDP. Not done with that, he endeared
himself into the family of President Umaru Yar’adua and married the
president’s daughter. At the death of Yar’adua, Gov. Yuguda was
the first to switch over loyalty to President Jonathan. He was quoted
as blasphemously saying that whosoever opposed Jonathan was
opposing God Almighty Himself.

Isa Yuguda was also among the Governors that signed an
agreement among themselves in 2011 endorsing Jonathan for one
term; yet he is today accusing the Northern Governors Forum of
betrayal of another agreement endorsing Governor Jonah Jang of
Plateau State as their consensus candidate. Gov. Yuguda was
lately again blasphemously quoted as saying that even if Gov. Jang
was Iblis (Satan), he will follow him.

Sources close to the Gov. Yuguda believe that the governor was
promised Jonathan’s support for the presidency in 2015 if it became
impossible for the president to contest; or alternatively, be
appointed the Central Bank Governor to succeed Sanusi Lamido
Sanusi. In fact, there are people in Bauchi who are convinced that
Gov. Isa is remotely responsible for the current campaign of
calumny against the CBN Governor so as to deny him a second
term and facilitate for Yuguda’s appointment.  All efforts to reach the
Governor on these allegations failed.