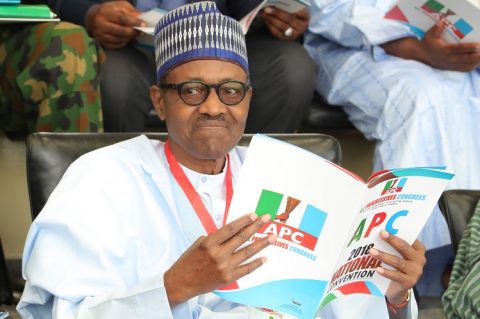 (AFRICAN EXAMINER0 – Fresh facts have emerged, detailing how the mega rally organized in Sokoto on Saturday by Senator Aliyu Magatakarda Wamakko in support of President Muhammadu Buhari’s administration and policies was financed.

It also emerged that despite the contribution of N200million by two northern governors and rented crowd from five states, the Wamakko rally was still less than what defecting governor Tambuwal garnered on Tuesday.

The rally was also aimed at extending support to the former governor of Sokoto state, Senator Aliyu Magatakarda Wamakko few days after defection of his political son, Governor Aminu Waziri Tambuwal from the All Progressives Congress (APC) to the Peoples Democratic Party (PDP).

The gathering, which was also meant to show that chief defector Governor  Tambuwal is a paper weight in the APC affairs in Sokoto state, reportedly attracted thousands of  members across the three states of Sokoto, Kebbi and Zamfara and was addressed by Senator Wamakko, the Deputy Governor, Ahmed Aliyu Sokoto and Senator Ibrahim Abdullahi Gobi, among other party chieftains.

As gathered, the embattled Senator Wamakko wanted to show his political strengths and power in the state through a well organized and sponsored political rally from Sultan Abubakar Saddiq International Airport to the ancient city of Sokoto.  This was in spite of the fact that the Police had denied receiving any information about the gathering, as the Independent National Electoral Commission (INEC) has banned all political rallies aimed at seeking political relevance till after the final release of timetable for the political activities across the country.

Sources within the organizers of the rally in Sokoto confided that two governors:  Atiku Bagudu of Kebbi and Abdul’azeez Yari of Zamfara, were contacted by the duo of Senator Wamakko and Senator Adamu Aleiro to shoulder the responsibility on ensuring the success of the event.  Specifically, the two governors’ involvement was sought in the areas of catering and giving financial support, include payment of the allowance of the crowds in the city.

The sources intimated that  the Kebbi state government was asked to foot all the bill of hiring vehicles and allowances of the participants, whereas Zamfara state was to take over the bill of live media coverage, security and airport issues.

According to sources, over  N352million was budgeted, but was later proned down to N250million in order to allow the two states to donate N100million naira each.

Indeed, part of the money was released by the Zamfara state government on Wednesday, while Kebbi state government was expected to release their fund through Senator Wamakko who chaired the rally movement.

Although thousands of the APC supporters across the two states were also invited to attend for the show of political might, sources at the rally intimated that Senator Wamakko only rained abuses and misinformation, whereas governor Tambuwal had addressed issues on Tuesday to justify his defection to the PDP.

It was further alleged that organizers of the Wamaskko rally were using the crowd at governor Tambuwal’s rally to report their Saturday outing.

Governor Tambuwal decamped to PDP last Wednesday after a mammoth crowd of supporters and political associates who gathered at the gate of government house, Sokoto to request his defection from his former party, APC over continue maltreatment, injustice and lack of developmental projects in the state.

According to reports, 17 members of the State House of Assembly, former commissioners and senior political appointees all followed him to PDP, among of them are most close allies of the former governor Aliyu Magatakarda Wamakko that include Alhaji Mukhtar Maigona, Alhaji Isah Bajini Galadanci, Alhaji Muhammadu Dan madamin Isa, Alhaji Mu’azu Zabira, Alhaji Muhammadu Dangwaggo and many of the youths supporters.