Inappropriate Call for no Tobacco Investment 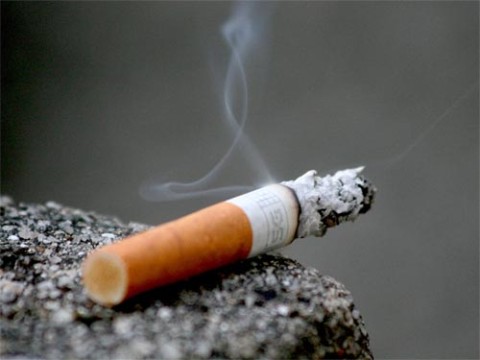 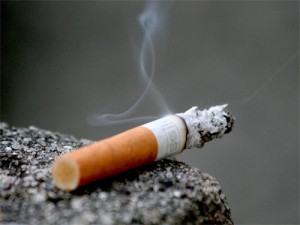 The recent call by the group National Coalition Against Tobacco, asking Governor Fashola to reject the Tobacco Company’s investment in the State appears misguided and inappropriate. Whilst many perfectly understand the need to regulate the tobacco sector, it is also well known and accepted that tobacco is a legal industry and hence asking them not to interact with government and its agencies is mischievous and does not in any way affect the drive to reduce tobacco consumption. Clearly after several years of concerted efforts by different NGOs, globally, to stop tobacco consumption, it appears that the strategy applied has had minimal effect and needs to be changed. Many hard line activists continue to aggressively attack the industry and hoodwink several governments to legislate the tobacco industry out of existence, ensuring that governments lose tax incomes as criminals’ smuggling activities continue to fill the void that stringent regulation creates.

It is worthy to note that a major tactic of the anti-tobacco advocacy groups is what they call “denormalisation”, which apparently means to make the various intentions and activities of the tobacco companies appear abnormal. The aim here, they say is to dissuade several government agencies or others from interacting with a legal entity. This is clearly a tactic that is borrowed from many of their parent bodies from whom they are franchised. Whether this is logical or ethical is a debate for another day. Obviously, their modus operandis is something that needs further probing into.

The motives around NGO work and activism in these parts of the world is indeed questionable, one begs to demand for more transparency and code of conduct to guide their utterances and practices. Looking critically at the style of operations, it appears to twist issues out of context to suit their intentions and go against the very principles which they ask of the tobacco companies or even other controversial industries such as the oil industries.

Interestingly, quite a number of products have come under the scrutiny of the global health sector in recent times and these include but are not limited to sugar and beverages. Therefore, one wonders why there isn’t a holistic approach to these issues, looking at the need to address the health sector as a whole as opposed to singling out specific industries to imbibe.

These companies, tobacco et al are the ones that are also trying to invent healthier consumer appealing products for their customers. I have, therefore, tried in vain to seek for a concerted effort by these NGOs to look for alternative options for the tobacco smokers or even   push for ways to educate  these consumers of the ills of smoking. Asides from the recent campaign launched on-line to educate young ones, years of activism have seen them attacking the big tobacco companies and misrepresenting their every intention. We have seen changes in these companies e.g. no more bill board adverts, no more big public events, no TV advertisements and working with local government agencies(boroughs, councils or counties)  to address other regulatory issues which by the way are often times not mandatory. They, therefore, must also be extremely stupid if they are really doing most of the things they are accused of by these NGOs especially seeing that it affects their reputation.

For many, who are becoming tired of the “going back and forth” in the tobacco control bill debate , this over-riding focus of their campaign on the cigarette manufacturing companies is nothing short of pushing for sensationalism, with little or no value add  to the proposed cause of their campaign.

Is there any benefit in having tobacco companies, sugar companies around? If they are not around what will happen? are we, the NGOs attacking them looking at this side of the story? Where were these NGOs when smuggling was rife in the country? How many smugglers did they challenge or face in the cause of their campaigns? How many Nigerians have they educated with the funding they have received? What other activities do they engage in asides from attacking  these entities? How intensive is it compared to the various on-going campaigns against cigarette making industries? i.e. how much funding have they put into helping the smoker quit smoking or even educate the  people on making the right life style choices?

Issues must be looked at from an holistic point of view , this is the same tactic employed by the NGOs operating in the Niger Delta for many years, yet the people are still impoverished. Was problem in the region solely that of the oil majors operating in the area? what part did the sabotage to the oil pipelines play in the environmental degradation of the different communities? What role did the state government have to play in it? How else could the NGOs have improved the lives of the people by deploying   financial resources into community development and re-orientation than by attacking the oil majors? We must push for a new era of activism, whilst holding businesses and definitely not only multi-nationals but many indigenous companies accountable for their actions, activists for the sake of their prosperity must also address all other issues which are not as sensational as been on the pages of newspapers but which can bring about real added value to the lives of thousands whom they say they are defending.  There are thousands of  other NGOs quietly doing their work and making more impact and changing lives and this is the way it should be.

The “Delta beyond oil” initiative of Dr. Emmanuel Uduaghan is a laudable and extremely progressive initiative that is expected to drive sustainable development outside of dependence on oil, this is one that should have come years before now but thankfully it’s here now and we hope that the vision will be driven conclusively in a way that will bring about additional value to the communities of Delta State.

This initiative is similar to the progressive looking approach of Lagos State. Activism must be localised irrespective of the models and approach of their franchised origins in developed countries, localising solutions is the best approach to solving issues. The fear may be that this form of approach may not necessarily attract funding but it is really what works at the end of the day that matters and if it does then it will definitely attract funding.  Localisation of solutions is the only way value can be generated. And this is the new trend for many other organisations, asides from the Uduaghan initiative, Tony Elumelu is also now trending on his model of AfriCapitalism another home grown solution to indigenous issues. For the government agencies and the legislators that these activist are addressing, this is the way to go, we must not be hoodwinked into a venture that is been dictated by foreign organisations who haven’t successfully implemented it in their own side of the world. We must remember that our issues are even more complicated here. We don’t have the same type of enforcement capability that they have or even the type of transparency that will deter corruption from creeping in, so let’s define our strategies within our context. Their so called hard funding can be diverted to doing more good than fighting against companies that if taken out will make the situation worse.

In a twisted way, the ethics or principles which are meant to guide these campaigns looks like they have also been thrown out of the window. In one vein the NGOs accuse these tobacco companies of recruiting young people, in another vein they are also using children in their tobacco campaigns, worse still they accuse the tobacco companies of giving Journalists gifts and incentives, in the same vein they are complicit in using monetary gains in attempting to seduce Journalists to influence their writing. What a mess! Where is the red line? and what is the code of conduct guiding them? With new entrants to the scene in the likes of CTFK, it seems that the ethics may have completely gone out of control.

On a final note: what are secret parties? Are organisations capable of having secret parties in a civilised environment such as ours? the use of rhetoric and concepts which are not true of the realities on ground can be deemed to be mischievous and not befitting of their status. This kind of tactic must change, it brings no value to the cause and funding received and does not address the issues which are at the heart of the advocacy.

Governor Fashola is an intelligent and experienced governor who is aware of all the issues, his statements were balanced and is accepted by many. This investment is welcome, what is not welcome is the absence of appropriate regulations and education of the populace to whom we owe it a duty to support and this is the issue that must be faced.