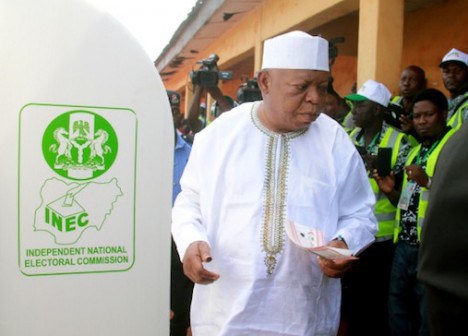 It would be recalled the State’s INEC Returning Officer, Professor Emmanuel Kucha Sunday evening in Lokoja, the State capital, declared the Saturday, November 21, voting exercise inconclusive, as he held the total number of votes cancelled was in excess of the difference in the number of votes recorded by the winning candidate, Late Prince Abubakar Audu of the ruling All Progressives Congress (APC) and the first runners up, incumbent Governor Idris Wada of the opposition Peoples Democratic Party (PDP).

Election did not hold or out rightly cancelled in 91 polling units with about 50,000 registered voters.

INEC in a letter dated Tuesday, November 24, 2015 and signed by its Secretary, Augusta Ogakwu, indicated after due consideration of the circumstances (inconclusive poll and the death of the APC flag bearer), the commission has resolved to conduct the supplementary election in the affected 91 affected polling units as announced by the Returning Officer, Prof. Kucha.

The Electoral body also informed that it would allow the APC to fill the “vacancy” created by the death of its candidate and conduct the remaining election on December 5, this year.

The body equally acknowledged the receipt of the APC letter, dated Monday, November 23, 2015, informing it about the demise of its Governorship candidate.

The death of Prince Audu amidst election which he contested has become a subject of public debate, especially among the legal heads, who hold different positions, as the country’s law and Electoral Act do not specifically provide for the Audu’s circumstance.