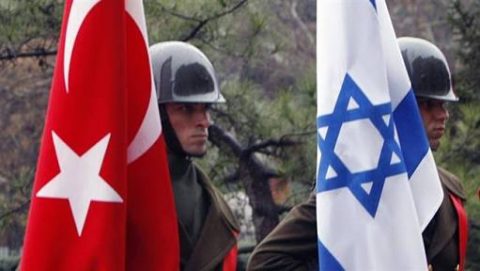 BALTIMORE, MD (AFRICAN EXAMINER) – After six years of hostility due to killing by Israeli troops of 10 Turkish activists on a Gaza-bound ship, Israel and Turkey have finally settled for peace.
Turkish Prime Minister (PM) Binali Yildirim who spoke on the development indicated that a deal was reached Sunday and it would see Israel pay $20m (£15m) in compensation.

The PM also informed that the deal would allow Turkey to send aid to Gaza and carry out infrastructure projects in the Palestinian territory.

Israeli Prime Minister Benjamin Netanyahu while speaking on the development affirmed that the agreement would bring stabilize to the Middle East.

Turkey was once Israel’s closest ally in the region, and the two countries share many strategic interests.

“This is a supreme security interest of ours; I was not willing to compromise it.

“This interest is essential to prevent the force build-up by Hamas and it remains as has been and is” Nentayahu maintained.

It would be recalled Israel maintained its blockade of Gaza so as to try to prevent weapons or materials reaching Palestinian militants, with whom it fought a devastating war in 2014, while also allowing humanitarian aid into the territory.

Palestinians then argued that the policy was tantamount to collective punishment. The officials then warned of deteriorating conditions in Gaza.

The Turkish-owned ship Mavi Marmara was part of a flotilla attempting to breach the blockade when it was intercepted by Israeli commandos on May 31 2010.
Following the friction, 10 pro-Palestinian Turkish activists, including a dual American citizen, were killed while scores were wounded after the commandos boarded the ship, descending on ropes from helicopters.

In the past, the sides have blamed each other for the violence. Unfortunately, a UN inquiry failed to determine exactly at which point the commandos fired the live rounds.