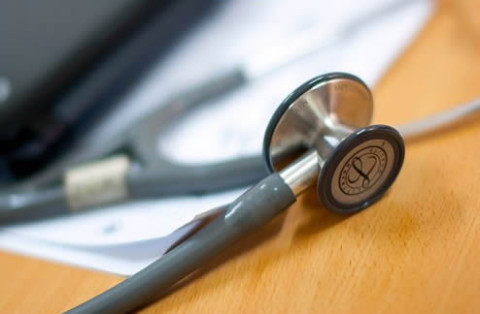 Its Chairman, Mr Josiah Biobelemoye, disclosed this in a communique issued at the end of the union’s National Executive Council meeting on Thursday in Abuja.

He said the strike suspension followed the intervention of Senate President, Bukola Saraki, and sympathy for the masses.

He announced that “JOHESU decided to suspend its strike due to the intervention of the Senate President, Dr Bukola Saraki, who displayed high level of statesmanship and sincerity of purpose.

“Saraki has put some machineries in place with a view to permanently resolve the issues in contention.

“JOHESU considered Saraki’s intervention after holding just two meetings with the leadership, where serious progress was made and the gains presented to NEC of JOHESU after exhaustive deliberations.

“The NEC in the session approved that the six weeks old strike be suspended on May 31 because of sympathy for the suffering Nigerian masses and also pave way for further negotiations to continue on Monday, June 4, 2018.’’

Biobelemoye emphasised that the strike was neither ill nor politically motivated but was a move to save the health sector from imminent collapse.

The chairman appreciated the solidarity, support and guidance of the President of the Nigerian Labour Congress, Dr Ayuba Wabba, his Deputy and Trade Union Congress for their efforts toward the resolution of the crisis.

He further commended the efforts of National Association of Nigerian Students (NANS) and well-meaning Nigerians for rising to the occasion while the strike lasted.

Biobelemoye also commended Nigerians for their patience and solidarity “during the course of the avoidable strike.’’

He assured that the nation’s health sector would witness a paradigm shift for the benefit of health care consumers.

“We commend the governments of Kano, Lagos, Bauchi, Gombe, Yobe, Delta and Edo states for their proactive moves in addressing labour concerns of our members in their domains and we implore other states to emulate the aforementioned states.

“We appreciate our teeming members for their steadfastness and resilience during this period of trial.

“We urge our members to remain peaceful and law abiding.’’

Biobelemoye recalled that the union embarked on nationwide strike on April 17, 2018 to press home its demands over allowances and welfare, which government signed on Sept. 30, 2017. (NAN)