Keshi Eyes Victory Against Argentina, But Super Eagles Have a Lot To Do 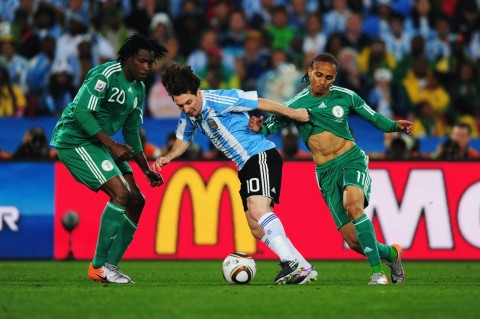 The Super Eagles have a lot of work to do when they meet Argentina in their final Group F game on Wednesday in Porto Alegre.

Argentina, who survived what would have been a shocking result against group underdogs, Iran through a late Lionel Messi magical moment, are already through to the knockout stages, having pocketed the 6 maximum points, so far. 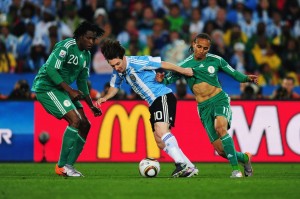 The South American side will be looking to maintain a 100% record in order to retain their spot at the top of the group by going for a win against the African champions, or at least get a draw to meet the runner-up in group E.

However, Nigeria, unlike the Argentines, will hope for an Iran loss or draw against Bosnia-Herzegovina or favorable goal differential should Iran win. This is not the best situation for any team, but a draw or even outright victory against the former world champions is not an impossible task if the Stephen Keshi tutoured boys put their acts together and play as a team with maximum concentration, especially in the midfield.

Coach Stephen Keshi has insisted that his team will be eyeing victory against their opponents on Wednesday.

“We can win, of course. Let’s get the win even try to be the group leader. We defeated Bosnia, we played a good game, we can get another win.

“I never think about losing. We know we can qualify even in defeat, but I do not think about it.

“If I lose, I’ll have to pray for Bosnia to get points from Iran and I do not have to do that. I have to prepare my team to win,” Keshi said.

Nigeria are the only team yet to concede a goal at the 2014 FIFA World Cup, with Super Eagles goalkeeper Vincent Enyeama turning in a save against Iran and seven against Bosnia-Herzegovina.

One goal in two games, however, isn’t likely a formula that will work against Argentina, and Stephen Keshi may want to consider releasing the break on Wednesday.