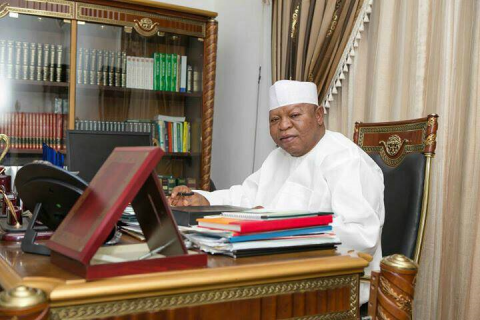 BALTIMORE, MD (AFRICAN EXAMINER) – With less than two months to the governorship election in Kogi State, an advocacy group in All Progressives Congress (APC), Positive Transformation Ambassadors (POTRAM), has condemned the alarming rate of infrastructural decay in Kogi State, with a call on the Kogites to make a statement with their voter cards by rejecting the Peoples Democratic Party.

According to the organisation which is advocating better governance, the last 12 years under the PDP had not been good for the State.

The President of POTRAM, Mr. Yunusa Ikojo, told journalists in Abuja that time has come to rescue Kogi State by voting for a result-oriented former Governor Abubakar Audu, “whose achievement is yet to be equalled by successive governments.”

He said after a careful analysis of the problems in the state, POTRAM has resolved to the candidacy of a former governor of the state, Prince Abubakar Audu.

Ikojo said that Kogi State was sick and needed urgent medical attention, adding that Prince Abubakar Audu held the solutions to the maladies bedeviling the State.

He said, “Kogi State at the moment is just like a sick patient lying in coma. She needs a doctor with the medical expertise and experience to provide the remedy to her severe ailment. The alarming degree of economic morbidity and socio-political devastation in Kogi today requires a pragmatic and visionary leader like Prince Audu to salvage it from its present predicament”.

POTRAM also laid emphasis on Audu’s milestone while he was governor of the State, a feat, it said, has remained unbeaten till date.

“During the intervals, Prince Audu superintended over Kogi State as governor, he made monumental landmarks in virtually all sectors, particularly in the area of housing, roads, education, electricity, and healthcare services.”