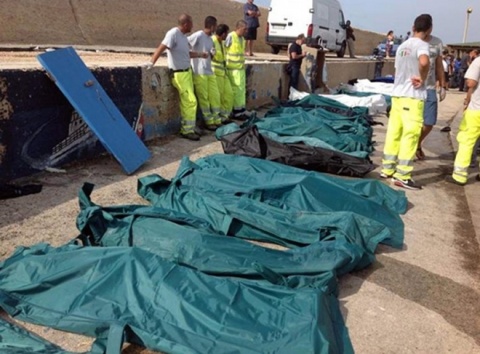 Thirty-eight bodies were freed from the hull, which divers had previously been unable to access. The official death toll now stands at 232.

Divers “unpacked a wall of people”, a navy officer said, adding that corpses were “so entwined one with the other” they were difficult to pull out.

The boat caught fire and capsized close to the Sicilian island of Lampedusa.

There were 155 survivors of the accident, which happened about 1km (half a mile) offshore.

The operation to recover bodies from the hull was abandoned for the night, but will resume on Tuesday.,

Tens of thousands of migrants attempt the perilous crossing from North Africa to Sicily and other Italian islands each year, and accidents are common – but last week’s shipwreck was among the deadliest on record.