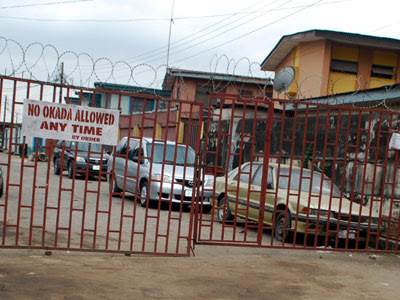 Worried by the disturbing trend of closure of street gates across, the Lagos State Government Monday ordered immediate re-opening of all street gates and barricades in the nook and cranny of the State between 5am and 12 mid-night daily, with warning to defaulting streets of having their gates being pulled down within the next seven days.

In case of emergencies, the State Government ordered that all street gates and barricades are now only permitted to be locked between 12 mid-night and 5am and must be manned by security guards within the period under lock.

Senior Special Assistant to Governor Akinwunmi Ambode on Community Development and Chairman of Community Affairs Advisory Council, Mr. Tajudeen Adeniyi Quadri disclosed to journalist in Ikeja, that the decision of the State Government followed series of complaints from residents on the disturbing trend of street gates and barricades.

He cited there have been situations whereby fire fighters and police were prevented from getting to emergency scenes on time due to street gates and barricades as well as instances where rushing patients with emergency situations to hospital were equally frustrated.

Quadri, who addressed the briefing alongside the Commissioner for Local Government and Community Affairs, Hon Muslim Folami; Special Adviser to the Governor on Community and Communications, Mr. Kehinde Bamigbetan, and some Chairmen of Community Development Associations (CDA), said as a responsive and responsible government, Governor Ambode has directed that the restriction on closure of street gates and barricades must be strictly adhered to henceforth.

Quadri explained that information reaching government was that gates were being locked in several places throughout the day, causing much inconveniences of residents having to walk round to get to the main road, and that some gates were deliberately locked just to prevent others from using the roads, thereby aggravating traffic situations especially in areas where such roads are meant to serve as thorough fares or alternative link routes.

He added that most places where gates have been mounted have become environmentally unsanitary, while it had been observed that mechanics have also turned such streets to their workshops.

Besides, Quadri lamented that some of the street gates were constructed in such a way that they could only accommodate passage of cars and not buses, adding that such was totally unacceptable to the State Government.

Quadri recalled that as part of efforts to secure lives and property, Lagosians in the early 2000 resorted to constructing street gates and setting up barricades in their streets to ward off criminals and possibly unwanted guests.

He said: “This government therefore observes with caution that though the erecting and closing of these gates may be desirable, the consequences on the overall urban efficiency, aesthetics and functionality of the city and especially traffic flow poses questions difficult to answer.

“These barricades, though well intended, constitutes obstruction to traffic, especially in areas, where such street gates or barricades are on roads meant to serve as thoroughfares or alternative link routes,” Quadri said.

“In view of the challenges posed by the unrestricted erection of street gates, the State Government is revisiting the directive on the gates and barricades. Any contravention of this directive will attract necessary punishment for defaulters,” Folami restated.