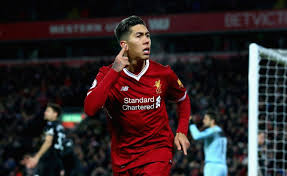 (AFRICAN EXAMINER) – Roberto Firmino struck a stoppage-time winner as Liverpool beat Paris St Germain 3-2 at Anfield on Tuesday after Kylian Mbappe looked to have secured a point for the French side in a compelling Champions League Group C clash.

PSG had come back from two goals down with Mbappe equalising in the 83rd minute, but then Firmino, who started on the bench due to an eye injury, drilled home a low shot in the final seconds.

Daniel Sturridge, in for Firmino, had opened the scoring for an impressive Liverpool in the 30th minute with a fine header from an Andy Robertson cross.

The Parisians got themselves back into the game though five minutes before the break when Robertson failed to clear and Thomas Meunier drove home a first-time effort.

Then Mbappe stunned the raucous Anfield crowd with a clinical finish only to see Firmino grab the glory. (Reuters/NAN)