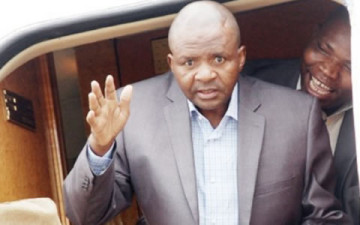 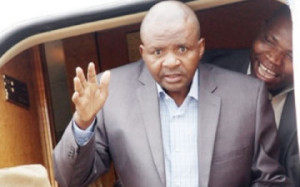 Ailing Governor Danbaba Danfulani Suntai returned to the country a few weeks ago after spending ten months abroad receiving medical attention for injuries sustained in an aircrash in 2012. But his return has ignited tension in the state and created a wide political gulf between those who want him to resume work as governor immediately and those who deem him unfit to continue in office. Keen observers have seen how the governor was aided from the aircraft that brought him into the country. More revealing was his purported address and swearing in of new officials.

The Muslim Rights Concern (MURIC) is convinced that certain dramatis personae are re-enacting the Yaradua drama in Taraba State. The ailing governor, from all indications, is oblivious of whatever is happening around him. The best anyone who claims to love him can do now is to allow him to have full rest instead of railroading him into performing official functions for which he may not be mentally alert and physically prepared. Our position is further cemented by media reports of yesterday in which medical experts in the US-based hospital in which the governor was treated affirmed that he must be allowed to rest.

The governor’s cronies, his boot-lickers and court-jesters must learn from the mistakes of the close aides of late President Umaru Musa Yar’adua who, in their bid to retain political power, overworked the late president, concealed him from public glare and even blocked important state officials like the vice president from setting eyes on him. History is currently repeating itself in Taraba as the Acting Governor, Alhaji Garba Umar, is treated like a leper by the ailing governor’s kitchen cabinet. This is happening in spite of the confirmation of the Deputy Governor as Acting Governor by the ruling party in the state, the People’s Democratic Party (PDP).

We appeal to all stakeholders in the state to allow sanity to prevail. We cannot get it right in Nigeria until we eschew tribal and religious sentiment. The law is very clear about what happens when a governor is indisposed. Jalingo must therefore allow the rule of law to prevail. Most importantly, the Acting Governor must be given every necessary cooperation and support to move the state forward. The lawmakers in Jalingo must manifest a unique sense of maturity in this regard. We warn that this is not an ideal setting for cooking up an impeachment against the Acting Governor over flimsy and baseless excuses. Jalingo lawmakers must rally behind the Acting Governor to take Taraba State to the next level.